The Fifth Annual SDCF Awards, a virtual celebration of excellence in directing and choreography, will be broadcast live on Monday, January 24, 2022 at 8:00 p.m. EST. Click here to RSVP.

Jon Rua will receive the 2021 Breakout Award. This year the Breakout Award goes to an SDC Member or Associate Member for a production, selection of work, or moment in their career that signals a shift and is the beginning of critical recognition — a “rising star” moment. Finalists for the Breakout Award are Billy Bustamante and Alex Sanchez.

TEENAGE SOUL, a dance narrative written, choreographed, and performed by Jon Rua, has been commissioned by Milwaukee Rep and has begun its developmental process with the hopes of public performances as soon as 2023! His short film ‘Unknown’ will be released in 2022, as Jon continues to write his own series.

A multidisciplinary artist, as an Actor, Jon has four Tony Nominated Broadway shows under his belt originating roles such as “Charles Lee” in the Tony & Grammy Award Winning hit musical Hamilton where he also served as the “Hamilton” Standby, “Patchy the Pirate” in SpongeBob Squarepants, ‘Jesus Pena’ in the docu-based musical Hands on a Hardbody, as well as starring as “Sonny” & “Graffiti Pete” in In The Heights. Other theater credits include “Rooster” in The Muny’s Annie; Matthew Lopez’s ‘Somewhere’ at the Old Globe, nominated for a Craig Noel Award for Outstanding Lead Actor in a Play; Kung Fu at the Signature Theater; Elaborate Entrance of Chad Deity at Second Stage Theater, and The Hombres at Two River Theater in 2022. On the screen, Rua has guest starred on Blacklist, Blue Bloods, Law & Order, and in films such as Fall to Rise, First Reformed, and Isn’t It Romantic.

Jon along with Billy and Alex, the Zelda Fichandler and Gordon Davidson Award recipients will be honored at the Fifth Annual Awards on Monday Jan 24th, 2022.

The Fichandler Award recognizes directors and choreographers who have demonstrated great accomplishment to-date with singular creativity and deep investment in a particular community or region, and is named for Zelda Fichandler, the founding artistic director of Arena Stage in Washington, D.C. This year’s Fichandler Award focused on directors and choreographers from the eastern United States.

The 2021 Zelda Fichandler Award will be presented to Mark Valdez, an LA-based director, writer, and cultural organizer. He will receive an unrestricted award of $5,000 from SDCF.

The selection committee for the Fichandler Award was chaired by director Tony Taccone and was joined on the committee by directors Christopher Acebo and Casey Stangl, and choreographer Donald Byrd.

Taccone said in a statement, “Mark Valdez has spent the entirety of his phenomenal career making work by, for, and with disparate and marginalized communities in the Los Angeles area and beyond. He has used the theatre to invite audiences and performers to engage with ideas they didn’t think they could understand or embrace. All the while bringing his singular talent and imagination to create art that has the capacity to change lives. With the granting of this award, Zelda Fichandler is undoubtedly smiling down from her place in the firmament.”

Mark’s work has been seen at community venues and professional theatres across California, including a tomato field in Grayson, a de-commissioned Catholic cathedral in downtown LA, as well from the stages of La Peña Cultural Center in Berkeley to the stages of Ricardo Montalbán Theatre in Hollywood for a Center Theatre Group produced production. Nationally, Mark has worked at theatres such as the Alliance Theatre in Atlanta, where he created A Road to a Dream, a community collaboration along a 10-mile stretch of the Buford Highway, to shed light on the toll our nation’s broken immigration policies have on families and communities; Arizona’s Childsplay Theatre where he adapted and directed Gary Soto’s book, Chato’s Kitchen, about a low-rider gato from East LA; and Trinity Rep in Providence, where he directed A Christmas Carol that included 85 community choirs. His play Highland Park is Here, won the Audience Award at the Highland Park Film Festival and will be featured in Re:Encuentro, the national Latina/o/x Theater Festival.

Mark is the recipient of various grants from organizations and foundations such as the MAP Fund, NEFA, The Ford Foundation, the Doris Duke Charitable Foundation, and the Andrew W. Mellon Foundation and has received awards, including a Legacy Artist Fellowship from the California Arts Council, a Princess Grace Award, and the 2019 Johnson Fellowship for Artists Transforming Communities. He is a current Board member of Double Edge Theatre and Cornerstone Theater Company, and a former Board member of TCG. Mark is currently working on The Most Beautiful Home…Maybe, a multi-city project that aims to influence housing policy utilizing performance, cultural organizing, and creative community development strategies.

Leslie Ishii, Jennifer Chang, and Erika Chong Shuch, were all named as finalists.

The Award will be presented in a virtual ceremony open to the public on January 24, 2022. 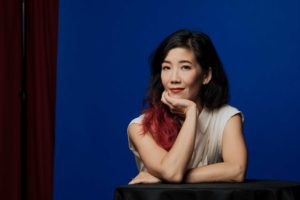 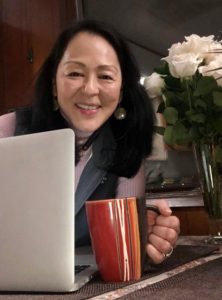 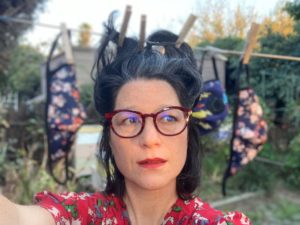 Erika Chong Shuch is a performance maker, choreographer and director interested in expanding ideas around how performance is created and shared. Shuch co-founded For You, a performance collective that brings diverse strangers together and makes performances as gifts. As a response to COVID, they launched a series of projects that brings artists and elders together for creative exchange. For You has been commissioned by Court Theatre (Chicago), The Momentary (AK), Oregon Shakespeare Festival, The Guthrie and Theater Mu (MN) with support from Creative Capital, NEFA’s National Theater Project, and Berkeley Rep’s Groundfloor. Erika has worked as a choreographer for theatres across the country including the Arena, OSF, Theatre for a New Audience, Pittsburg Public, Portland Center Stage, American Conservatory Theater, Kennedy Center, Cal Shakes.  Directing credits include Iron Shoes with Kitka and Lily’s Revenge, Love Act by Taylor Mac at the Magic Theatre. Erika is a Bay Area Fellow at the Headlands Center for the Arts.

Emily Mann is a multi-award-winning director, playwright, and screenwriter and director. In her 30 years as Artistic Director and Resident Playwright at McCarter Theatre Center in Princeton, New Jersey, she wrote 15 new plays and adaptations, directed more than 50 productions, produced 180 plays and musicals, supported and directed the work of emerging and legendary playwrights, and received the Tony Award for Outstanding Regional Theatre. She has directed world premieres by Ntozake Shange, Edward Albee, Christopher Durang, Ken Ludwig, Nilo Cruz, Danai Gurira among others, and is known for her productions of Williams, Chekhov, Shakespeare and Ibsen. On Broadway she directed Execution of Justice, Having Our Say, Anna in the Tropics, and A Streetcar Named Desire. Her plays include: Having Our Say, adapted from the book by Sarah L. Delany and A. Elizabeth Delany with Amy Hill Hearth; Execution of Justice; Still Life; Annulla, An Autobiography; Greensboro (A Requiem); Meshugah; Mrs. Packard, and Hoodwinked (a Primer on Radical Islamism). Adaptations: Baby Doll, Scenes from a Marriage, Uncle Vanya, The Cherry Orchard, A Seagull in the Hamptons, The House of Bernarda Alba, and Antigone. Currently in development for Broadway: her adaptation of The Pianist and a new musical adapted from the Kent Haruf novel Our Souls at Night, with composer Lucy Simon, lyricist Susan Birkenhead and director Victoria Clark. Her play, Gloria: A Life about the legacy of Gloria Steinem, ran Off-Broadway and aired on PBS’ Great Performances. Awards: Peabody (for her teleplay of Having Our Say), Hull Warriner, NAACP, 6 Obies, Guggenheim; Tony, Drama Desk, Outer Critics Circle, WGA nominations; Princeton University Honorary Doctorate of Arts; Helen Merrill Distinguished Playwrights’ Award; Margo Jones Award; TCG Visionary Leadership Award; Lilly Award for Lifetime Achievement. She was recently inducted into the American Theater Theater Hall of Fame.

Named in honor of the founding artistic director of Los Angeles’s Center Theatre Group and one of the visionary leaders of the resident theatre movement, the Gordon Davidson Award recognizes a director or choreographer for lifetime achievement and distinguished service in the national not-for-profit theatre.

The selection committee met in September and was chaired by Associate Artistic Director of Center Theatre Group in Los Angeles Neel Keller. “Emily Mann is a perfect fit for the Davidson Award,” Keller stated. “She is an inspiration and shining light in our field. Her work as a director, playwright, artistic director, and mentor over the last four decades has changed thousands of lives. She has created wonderful work and shone a light on so many, many emerging talents. Through her 30-year stewardship of the McCarter Theatre Center, she demonstrated how vital a theatre can be to the field, to the social discourse of the country, and to its specific hometown. In everything she has done she has furthered the principles held so passionately by Gordon Davidson. The committee is very happy to be able to shine some light back on Emily and present her with the Davidson Award in recognition and heartfelt thanks for her lifetime contribution to American theatre.”

“It is one of the great honors of my life in the theatre to be awarded a lifetime achievement award in Gordon Davidson’s name,” said Mann. “Gordon is one of my heroes in the American theatre, a rare leader who stayed true to his vision, a vision we shared. We both believed that theatre could make a difference in the national conversation. We were drawn to plays of substance concerning political and social issues that mattered most to our time. We were both drawn to direct and produce new work (though I also love the classic repertoire) and we were always drawn to writers who dared to tell the hardest truths. Gordon supported my work as a director, as a playwright, and as an artistic director, and it was one of the great joys of my life (usually over post-theatre drinks) to argue passionately with him about politics, the theatre, the production we were working on, or the human condition at large. We shared a lot of laughter and a lot of tears over many decades. I extend my deepest gratitude to the Davidson family, SDCF, and the committee for thinking of me for this award. I will cherish it always.”

Keller was joined on the selection committee by Sheldon Epps, SDCF Trustee and Artistic Director Emeritus of Pasadena Playhouse; Tom Moore, who was mentored by Davidson and directed shows at the Mark Taper Forum and Ahmanson Theatre; Laura Penn, Executive Director of SDC; Lisa Peterson, Resident Director at the Mark Taper Forum from 1995 to 2005; and Warner Shook, who directed Davidson’s final Taper production.