The 2021 John Willis Award for Lifetime Achievement in the Theatre is the latest accolade for Tony, Grammy and Emmy winning Hadestown star André De Shields, fresh from his critically-acclaimed turn as King Lear at St. Louis Shakespeare Festival.

On July 11, Tom D’Angora and Michael D’Angora, co-directors and co-producers of The Theatre World Awards virtual benefit gala, held an intimate viewing party in a screening room at their W. 42nd St. apartment building to celebrate.

André was comfortable and cool in a black short sleeve jumpsuit, red socks and black shoes with red and white accents, while the D’Angoras wore custom designed red t-shirts featuring a photo of The Original Goat.

Each year The Theatre World Awards presents 12 awards to outstanding debut performances on and off-Broadway. After a year of no debuts, The Theatre World Awards, the oldest American award for debuts in theatre in New York, returned for a one-night virtual benefit gala honoring Audra McDonald with the Dorothy Loudon Special Award for Excellence in Theatre, and Broadway legends Patti LuPone and André De Shields with the 8th Annual John Willis Award for Lifetime Achievement in The Theatre.

The virtual benefit streamed on Broadwayworld and Director/Choreographer Jerry Mitchell, who worked with André on The Full Monty and Half Time, presented him with the Award via a taped message. Watch their speeches below.

André closed out the show with a virtual performance of “None Of Us Are Free”, accompanied by Sean Mayes on the keys and Andrew Atkinson on the drums, which was filmed by Michael D’Angora and Tom D’Angora at The Triad. 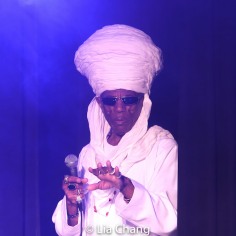 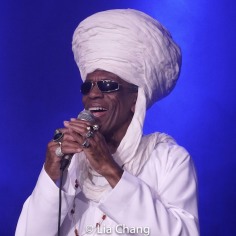 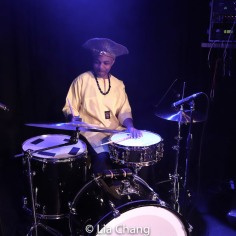 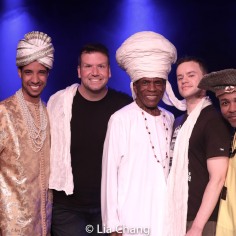 The gathering also gave André an opportunity to catch up with his Music Director Sean Mayes, and his vocalists Freida Williams, Kimberly Marable and Lori Tishfield, who are accompanying him in a series of concerts at Feinstein’s/54 Below, August 3-7, and The Cabaret in Indianapolis, August 12-14.

The Theatre World Awards relies on the support and contributions of its alumni and donors. Tax deductible donations may be made by visiting the Go Fund Me link at https://gofund.me/cf2604da.

André De Shields was the triple-crown winner of the 2019 award season, garnering Tony, Outer Critics Circle, and Drama Desk Awards for his role as universally praised role as the messenger to the gods, Hermes, in Hadestown. The Actors’ Equity Foundation followed suit with the Richard Seff Award, honoring veteran stage actors’ best supporting performances of the year. New York Senator Brad Hoylman presented Mr. De Shields with a Senate Proclamation on Thursday, April 8th, 2021 proclaiming the day “André De Shields Appreciation Day”. The surprise proclamation was arranged by producer Tom D’Angora to honor the extensive charity work and activism, along with the public appearances, Mr. De Shields has done for the community this year. 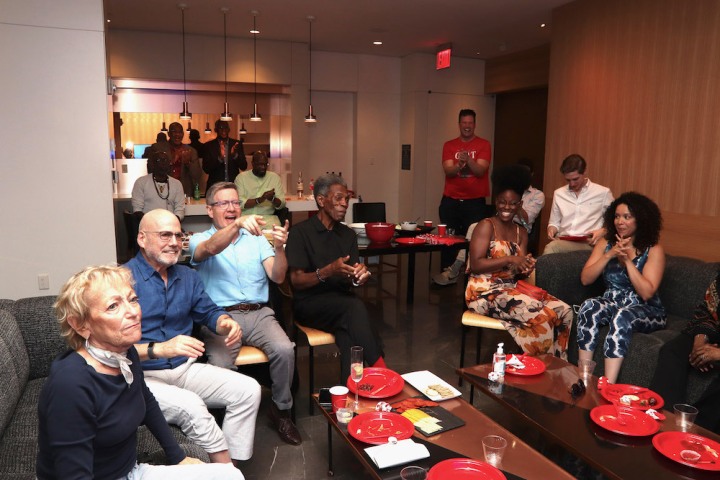 In a career spanning fifty one years, he has distinguished himself as an unparalleled actor, director, and educator, receiving in 2018 the 8th Annual Off Broadway Alliance Legend Award, and the 33rd Annual Bob Harrington Life Achievement Bistro Award. Among his other accolades are the 2009 National Black Theatre Festival’s Living Legend Award and the 2007 Village Voice Obie Award for Sustained Excellence of Performance. His film and TV roles include Keys, who first appeared in a 2014 episode of “Law and Order: Special Victims Unit.” He has also appeared on “Law and Order” twice, as Dr. Elvin Simmonds (Custody,1996) and Mr. Miller (Cost of Capital,2006); Dale Rustin on NBC’s “New Amsterdam”; Anton Ego in Ratatouille: The TikTok Tok Musical, the Algebra Tutor in “John Mulaney & The Sack Lunch Bunch”  on Netflix; Chubby in “Katy Keene” on the CW; and Wyndham on “Almost Family.” He can be heard on the podcasts Live From Mount Olympus as Hermes and One Speckled Hen. He can next be seen as Gavin Plimsoll in Charles Busch’s  new film, The Sixth Reel. De Shields is a proud member of AEA, SAG-AFTRA, and SDC. andredeshields.com

The John Willis Award is given for lifetime achievement in the theatre to honor the man who created and maintained the Theatre World tradition for 66 years, encouraging new talent in an often challenging business. The John Willis Award is presented annually by the Theatre World Awards, Inc. Board of Directors to an individual whose lifetime achievements and personal generosity to the Theatre Community merit special recognition and acknowledgement. Previous recipients of the John Willis Award include Nathan Lane (2019), Victor Garber (2018), Glenn Close (2017), Bernadette Peters (2016), Chita Rivera (2015), Christopher Plummer (2014), and Alan Alda (2013).

For additional information about the Theatre World Awards, visit www.theatreworldawards.org.