Ballots Over Broadway, an intimate evening of Broadway musical performances by your favorite stars of stage and screen is set for August 7, 8 PM PT / 11 PM ET, hosted by Chris Mann. 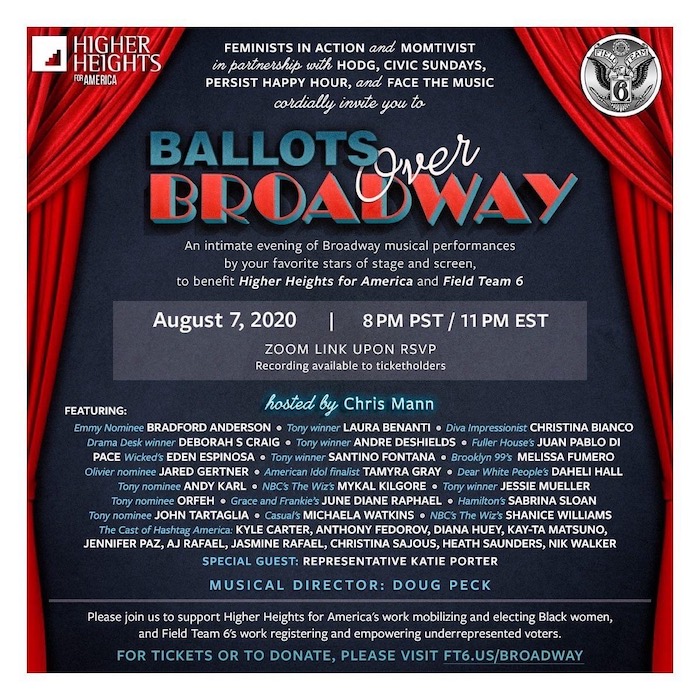 The evening will also include an appearance from special guest, Rep. Katie Porter.

All proceeds from the event will be divided between two organizations, Higher Heights and Field Team 6.

Field Team 6 is a national volunteer army with a simple mission: Register Democrats. Save the world. By targeting places that need Democrats most, we aim to take the White House, flip the Senate, and expand our House majority.

Higher Heights is the only national organization providing Black women with a political home exclusively dedicated to harnessing their power to expand Black women’s elected representation and voting participation, and advance progressive policies.

** Line-up subject to change. Click here to RSVP. Virtual link to be distributed on RSVP and link to recording will be posted after the event.