On Monday, July 20, 2020, Christine Toy Johnson, who serves as the Chair of the Diversity, Equity, and Inclusion Committee of the Dramatists Guild of America, will lead a Women’s Theatre Festival 2020 panel discussion called “Expanding Our Circles to Create More Diverse and Inclusive Theatre” on behalf of the Dramatists Guild of America at 3 pm EST with panelists actor/producer/activist Pun Bandhu, lighting designer/activist Porsche McGovern and director/artistic director/activist Pirronne Yousefzadeh. 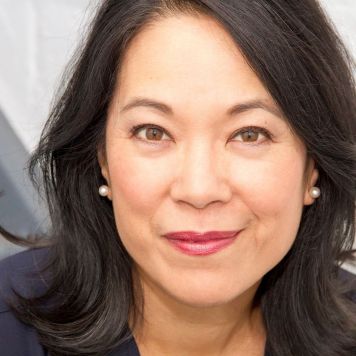 The panel will explore ways to expand our circles of familiarity in order to build diverse and inclusive programming, creative teams, and casting Monday, July 20 at 3pm EST. It’s known that searching the same pools will lead you to the same personnel. Making the room reflect the world you want to see may not be so simple–requiring deliberate and intentional inclusionary practices–but it can be done.

Click here to register for tickets to the event.

Christine Toy Johnson is an award-winning writer, actor, director and advocate for inclusion. Her written works have been produced and/or developed by the Roundabout, Village Theatre, Barrow Group, Prospect Theatre, Weston Playhouse, O’Neill, CAP 21 and more and are included in the Library of Congress’s Asian Pacific American Performing Arts Collection (Playwrights Division). She is an alum of the BMI Musical Theatre Writing Workshop, was a 2016 fellow of The Writers Lab (supported by Meryl Streep, Nicole Kidman and NYWIFT), was the 2013 recipient of the Rosetta LeNoire Award from Actors’ Equity, serves on the Council of the Dramatists Guild and is host of the Guild’s podcast “Talkback” on Broadway Podcast Network. As an actor, Christine has worked extensively on Broadway, Off-Broadway and on television and is on “extended intermission” from the North American tour of COME FROM AWAY. She is currently writing book & lyrics for a new musical with composer/lyricist Jason Ma, commissioned by Village Theatre, as well as several other pieces to get her mind off of the pandemic. For details, please visit www.christinetoyjohnson.com

Actor/producer/activist Pun Bandhu is an award-winning actor who has worked on Broadway, Off-Broadway, and in film and television. He was seen on Broadway in WIT starring Cynthia Nixon and has worked Off-Broadway with Primary Stages, Ensemble Studio Theatre, The Public Theater, and Playwrights Horizons. Pun is the recipient of the Colorado Theatre Guild’s Henry Award for Best Supporting Actor and New Dramatists’ Bowden Award for his distinguished collaboration on new works. As an advocate, Pun started the AA Filmlab’s Asian American 72 Hour Film Shoot Out, a shorts competition to encourage Asian American stories which has since been sponsored by companies such as MTV on a national level. He also co-founded the Asian American Performers Action Coalition (AAPAC), an advocacy group for Asian artists that publishes the only publicly available statistics on ethnic representation on stage. Pun also produces theatre and film through his company ZenDog Productions. He lives in NYC and just got a golden retriever puppy, Bodhi (which means “understanding the true nature of things” in Sanskrit). In his spare time, he volunteers at organizations like the 52nd St Project and serves on the advisory board of the Yale School of Drama.

Director/writer/educator Pirronne Yousefzadeh was recently appointed Associate Artistic Director and Director of Engagement at the Geva Theatre Center. Pirronne is a founding member of Maia Directors, a consulting group for artists and organizations engaging with stories from the Middle East and beyond. Her recent projects include the world premiere of Kid Prince & Pablo by Brian Quijada (The Kennedy Center), A Doll’s House, Part 2 by Lucas Hnath (Actors Theatre of Louisville), Once (Pioneer Theatre Company), the world premiere of Heartland by Gabriel Jason Dean (Geva Theatre Center), Utopia Minnesota by Meg Miroshnik (2016 Sagal Fellowship, Williamstown Theatre Festival), That High Lonesome Sound (Actors Theatre of Louisville; 2015 Humana Festival) and We Are Proud To Present A Presentation… by Jackie Sibblies Drury (InterAct Theatre Company).  She has served on the faculty at The University of Texas at Austin, Rutgers University, and Bard High School Early College, and as a guest director at Yale School of Drama, Juilliard, Fordham University, among others. Pirronne received her M.F.A. in Directing from Columbia University, where she was a Shubert Presidential Fellow and Matthews Fellowship recipient. She studied with Anne Bogart, Robert Woodruff, and Brian Kulick, and directed Big Love by Charles L. Mee, Fool for Love by Sam Shepard, and several devised pieces. She was also among five directors chosen to take part in a course in collaboration at NYU’s Tisch School of the Arts.