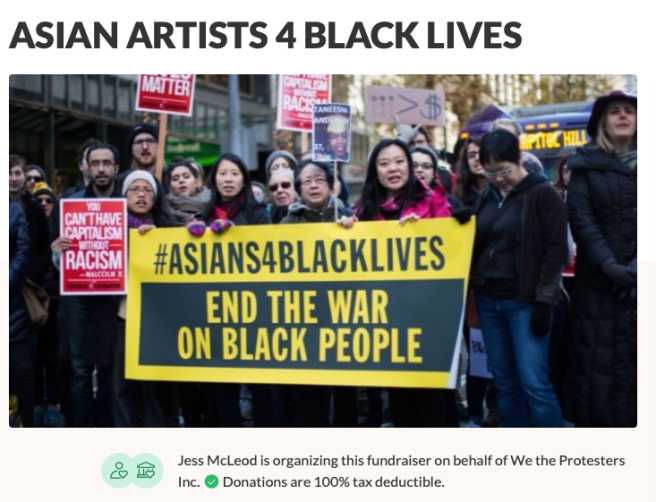 From the Asian American artists of HAMILTON:

Fellow Asian Artists, we know you’re as gutted as we are by the latest murders of black folx by racist cops and cop associates groomed by a system that must change.

Today is the last day of AAPI month.  Will you consider making a donation to CAMPAIGN ZERO and let our black colleagues and the black community know we stand with them, today and always?

CAMPAIGN ZERO was started by black activists in response to critics of the BLM movement who asked for specific proposals for police reform.  They’ve been gathering data since 2015 and used it to create a 10-point plan to end police violence in America.  They propose & track the progress of federal, state and local policy; they’re compiling an easily-accessible Police Scorecard for every state; and they’re aggressively pushing 2020 presidential candidates on their plans to demilitarize the police.

We know times are tough.  Anything you can give shows our solidarity, and that we’re all truly in this together. Click here to donate.

Love & safety to you all,