Each episode will air LIVE on the Stars In The House YouTube channel and on starsinthehouse.com with the cast sharing stories and songs with Seth and James. Fans tuning in are just as much a part of the show – they can ask questions in real time, interact with the hosts and casts, and donate to The Actors Fund for the chance to have their names read on air.

Tom Kirdahy and Terrence McNally, winner of the Special Tony Award for Lifetime Achievement in the Theatre at The Plaza Hotel on June 9, 2019 in New York City. Photo by Lia Chang 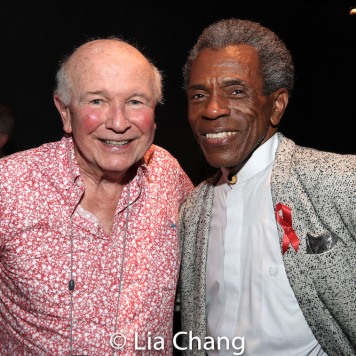 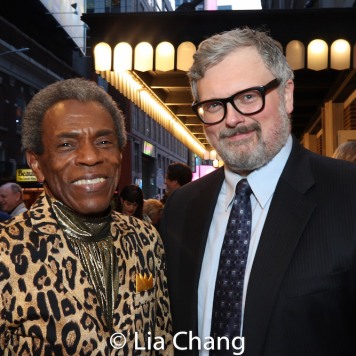 The Prom, The Full Monty and City of Angels join a who’s who of Broadway favorites that Seth and James have brought back together to sing, share stories, and raise funds to help entertainment professionals in need during the COVID-19 pandemic; including the iconic original Broadway casts of Spring Awakening, Les Misérables, Urinetown, Spongebob Squarepants: The Broadway Musical, Fun Home, and the 2018 Carousel revival, among others. Seth and James have checked in with current and upcoming Broadway favorites, too, among them Jagged Little Pill, Six, Mrs. Doubtfire, and Caroline, Or Change. Celebrity guests like Jason Alexander, Sean Hayes, Chita Rivera, Kristin Chenoweth, Tina Fey and Jeff Richmond, Jeremy Jordan, Randy Rainbow, Judith Light, Audra McDonald and Will Swenson, Peyton List, Patrick Wilson, Billy Porter and Annette Bening are just some of the stars who have joined since the first show on March 16th. And often Seth and James remind their guests how important it is to keep in touch with loved ones during this social distancing and suddenly a surprise guest will pop up like Jon Hamm, Erik McCormack, John Lithgow, Bernadette Peters, Patti LuPone, Jessie Mueller, Iain Armitage, Rosie O’Donnell and Andrew Lloyd Webber.

“Stars In The House” airs new episodes daily at 2 PM and 8 PM on its YouTube channel and starsinthehouse.com.