The critically-acclaimed production of BECOMING OTHELLO: A Black Girl’s Journey, written and performed by Debra Ann Byrd and directed by Tina Packer is an official selection of the 2022 National Black Theatre Festival in Winston-Salem, NC, and will have performances at Reynolda House Museum of American Art, 2250 Reynolds Rd, Winston-Salem, NC 27106, on Tuesday, August 2 and August 3 at 2pm and 8pm. Tickets are $45. Click here to purchase tickets.

Described as a living memoir, BECOMING OTHELLO: A Black Girl’s Journey is a multimedia theatrical production with lyrical language, soulful songs and the music that shaped the life of a resilient little girl growing up in Spanish Harlem. This choreopoem chronicles the life of classical actress Debra Ann Byrd. The solo show flows from Debra Ann’s recounting of her ancestral lineage to her arrival at a crossroad in life, while taking us through her joy-filled and tumultuous youth; a fateful encounter with a company of Shakespearean actors and her remarkable, gender-flipped journey on the road to becoming Othello. We share in Debra Ann’s struggle with self-esteem and how, against all odds, she manages to make it through foster care, teenage pregnancy and single parenting, to become the person she always dreamed she could be. It is a deeply personal, poignant and powerful story of perseverance, tragedy, triumph and ultimately, unconditional love. 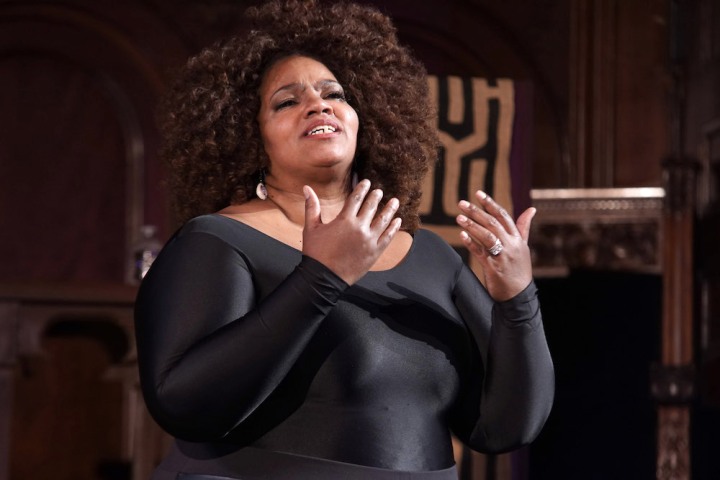 Lia Chang is an actor, a multi-media content producer, an Award winning filmmaker and co-founder of Bev’s Girl Films, making films that foster inclusion and diversity on both sides of the camera. Bev’s Girl Films’ debut short film, Hide and Seek was a top ten film in the Asian American Film Lab’s 2015 72 Hour Shootout Filmmaking Competition, and she received a Best Actress nomination. Her short film, When the World Was Young recently garnered a 2021 DisOrient Film Audience Choice Award for Best Short Narrative. Lia has appeared in the films Wolf, New Jack City, A Kiss Before Dying, King of New York, Big Trouble in Little China, The Last Dragon, Taxman. She stars in and served as Executive Producer for the short independent films Hide and Seek, Balancing Act, Rom-Com Gone Wrong, Belongingness and When the World was Young. She is also the Executive Producer for The Cactus, The Language Lesson, The Writer and Cream and 2 Shugahs. BGF collaborates with and produces multi-media content for artists, actors, designers, theatrical productions, composers, musicians and corporations. Lia is also the host and Executive Producer of BACKSTAGE PASS WITH LIA CHANG, a new Arts and Entertainment program that airs on MNN.org.

All text, graphics, articles & photographs: © 2000-2022 Lia Chang Multimedia. All rights reserved. All materials contained on this site are protected by United States copyright law and may not be reproduced, distributed, transmitted, displayed, published or broadcast without the prior written permission of Lia Chang. You may not alter or remove any trademark, copyright or other notice from copies of the content. For permission, please contact Lia at liachangpr@gmail.com