I caught up with Lori Tan Chinn last night over a late night supper at Chez Josephine. It felt like an early Thanksgiving meal, and it was our first time breaking bread, post-pandemic, in almost two years. For our appetizer, we began with the potato leek soup, while she devoured the Roasted Breast of Long Island Duck in an Orange Glaze, served with Wild Rice. I had my favorite, Rack of Lamb with Ratatouille and Crushed Olive Potatoes. For dessert, we shared Profiteroles. 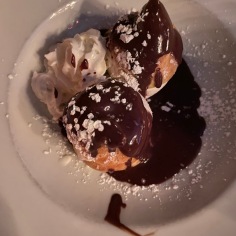 Lori stayed busy during the pandemic, shooting the second season of Comedy Central’s “Awkwafina is Nora From Queens,” where she plays Awkwafina’s Grandma. Hollywood Reporter has declared Lori a style icon and Time Magazine called her a scene stealer. 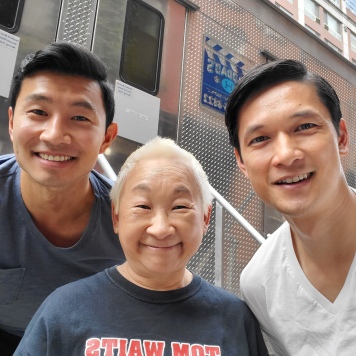 Lori Tan Chinn on the set of AWKWAFINA IS NORA FROM QUEENS with Simu Liu as Garbage Boy and Harry Shum Jr. as Doc Hottie. Photo courtesy of Lori Tan Chinn

For the holidays, Lori will be a special guest in THE Ilene Graff HOLIDAY SHOW at FEINSTEIN’S/54 BELOW on Friday, December 17 at 9:45 p.m.  www.54Below.com

Considered the definitive Bloody Mary, Lori became the first racially-correct Asian personification of James Michener’s muse in ABC-TV’s “Rodgers and Hammerstein’s South Pacific.” She is proud to have been instrumental in correcting this 50-year miscasting, for which she was honored with a Helen Hayes Award for her first onstage performance of this role at Arena Stage. 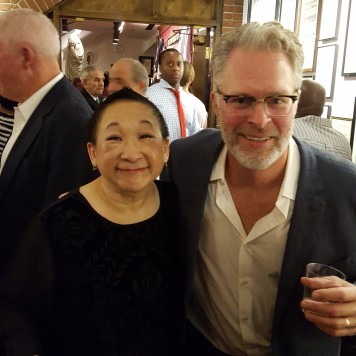 Lori Tan Chinn and Will Hammerstein at the opening night reception of the Walnut Street Theater production of SOUTH PACIFIC. Photo courtesy of Lori Tan Chinn

Lori shared, “Further research with DNA from 23 and Me, has placed my origins as a member of the Chinese Dai, which settled in Vietnam, Thailand, then to southern China, which places me 40 miles from Bloody Mary’s Tonkinese Chinese beginnings. So, one could say, I actually am the closest personification to the real Bloody Mary. Josh Logan also zeroed in on the pidgin spoken in the show being of the same Hoisan Chinese dialect.”

Ilene and Lori met in Australia while doing the ABC/Disney film version of South Pacific, and have been friends ever since. Lori will be singing Bloody Mary’s signature song from South Pacific, “Bali Ha’i,” for THE Ilene Graff HOLIDAY SHOW.

Lori Tan Chinn as Mei in “Orange is the New Black”. Photo by JoJo Wilden

Her theater credits include the original Broadway companies of M. Butterfly, G.R. Point, Lovely Ladies, Kind Gentlemen, and Marvin Hamlisch’s pre-Broadway production of a seniors hip hop group, Half Time. She is featured on the Original Cast Recording of Half Time.

Montclair Local theater critic Gwen Orel writes, “Lori Tan Chinn (M. Butterfly) as Mae struggles with the routine, and has the most affecting song in the show: “The Waters Rise,” about her husband being swallowed by dementia.”

Lori also was invited as the first Asian-American actor to work on new plays for seven seasons at the prestigious O’Neill Playwrights Conference and another four, working with Artistic Director, Lloyd Richards. 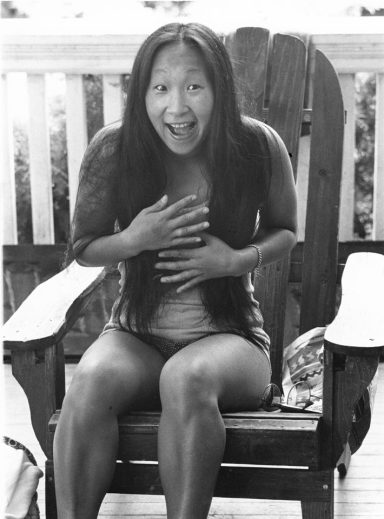 She may have recent creds on film and television, but for the past 53 years, her blood, sweat and tears have been on Broadway and the theater. She is the recipient of the 2018 Dancers Over 40 Legacy Award; 2003 Helen Hayes Award (Outstanding Performance in a Musical, Supporting Role, South Pacific); 1998 Charles Bowden Actor Award at New Dramatists; and the 1984 American Theatre Wing/O’Neill Theater Center/Clarence Ross Fellowship.

THE Ilene Graff HOLIDAY SHOW will featured Ilene and her very special guests including performing a host of holiday favorites inspired by the iconic Holiday specials of the ’60’s and ’70’s that were always a highlight of the season. Ilene, a Grammy nominee and Broadway veteran best known for playing the mom on the TV show “Mr. Belvedere,” is thrilled to return to the Feinstein’s/54Below stage for this special evening which combines the joy of the Holiday season with the joy of finally celebrating together. There will be candy, dreidels, and jingle bells for all, and maybe even a visit from Santa himself! Ilene’s husband, ASCAP Award-winning composer Ben Lanzarone, will be bringing his sparkling arrangements and incomparable piano playing to the show. Combining humor, heart, great music, and the spirit of the marvelous Andy Williams Christmas Shows, the evening will be a holly jolly celebration of the most wonderful time of the year. Joining Ilene are her good friends Lori Tan Chinn, John Miller, and grandniece Meg Lanzarone.

themarysue.com: INTERVIEW: Lori Tan Chinn and Teresa Hsiao on Season 2 of Awkwafina Is Nora From Queens