Playbill, in partnership with The Broadway League and the Times Square Alliance, is presenting Curtain Up!, a three-day outdoor experience in Times Square presented by Prudential, and sponsored in part by Lexus, Netflix, United Airlines with additional support by Audible. Curtain Up! will take place Friday, September 17th through Sunday, September 19th outdoors in Times Square, stretching between 45th and 48th Streets.

3:00–3:45 PM – The Playbill Variety Show
Playbill is curating an hour of Broadway news updates, stories, interviews, and surprise performances in the middle of Times Square. Join Playbill’s Creative Director, Bryan Campione, as he invites stars, and more to the stage for a fun celebration of theatre, Broadway and Curtain Up! on the mainstage in Duffy Square (7th Avenue and 47th Street).

–An interview with Lauren Gaston and Austin Sora from the Broadway Green Alliance!

Video from this event will be available live via the stream above and at this link after the end of the event. 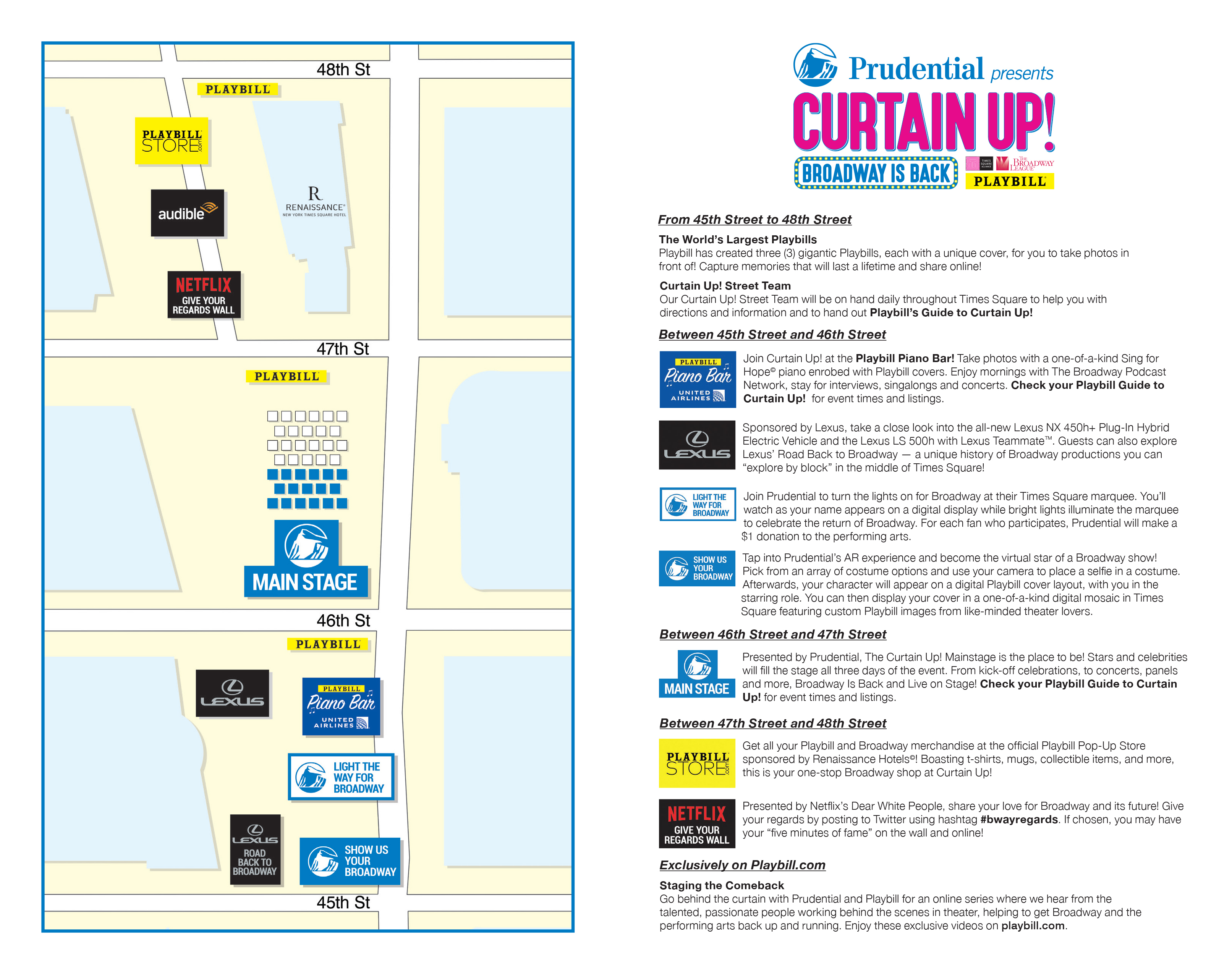