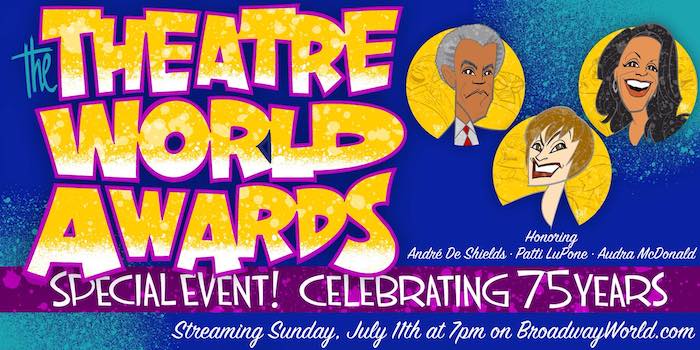 The event and accompanying fundraising campaign are being produced by Tom D’Angora, Michael D’Angora, and Tim Guinee who recently stepped up to help raise much needed funds for The York Theatre Company, West Bank Café, The LAByrinth Theatre and Birdland Jazz Club. The trio, who are donating their time, have taken on The Theatre World Awards as their next project. The event is produced in association with The Theatre World Awards, Board of Directors, Dale Badway (Theatre World Awards President), Karen Johnston, Peter Filichia, Laura Z. Barket, and Riki Kane Larimer.

The Theatre World Awards relies on the support and contributions of its alumni and donors. Tax deductible donations may be made by visiting the Go Fund Me link at https://gofund.me/cf2604da.

In what has become a highly entertaining and often touching tradition, 12 previous winners serve as the presenters, and often relive moments from past ceremonies and share wonderful stories rarely heard at other theatrical awards. Many people feel that this is the most fun and enjoyable awards show of the Broadway season! This special gala presentation will celebrate past and present honorees showcasing the historic heritage of the organization.

For additional information about the Theatre World Awards, visit www.theatreworldawards.org.