The York Theatre Company in association with Tom D’Angora, Michael D’Angora and Tim Guinee, will present an All-Singing, All-Talking, All-Virtual special benefit presentation of the Off-Broadway hit The Musical of Musicals (The Musical!).

With music by Eric Rockwell, lyrics by Joanne Bogart, and book by Joanne Bogart and Eric Rockwell, this special presentation is directed by Tom D’Angora and Michael D’Angora, with music direction and arrangements by Deniz Cordell and original director Pamela Hunt* serving as artistic supervisor. This event will raise funds to help The York recover and rebuild after devastating damage from a water main break on January 4, 2021. 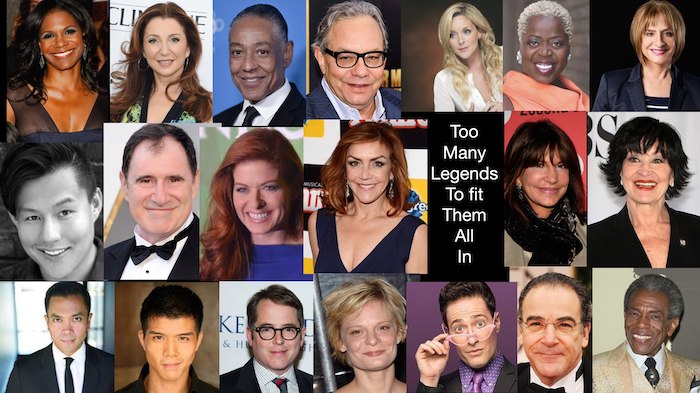 After a Lexington Avenue water main break in early January caused a massive flood in their space, The York Theatre Company has been forced to temporarily relocate for the first time in nearly 30 years while their home undergoes major remediation. The York is spread among various storage facilities across the tri-state area, and their plight caught the attention of producing trio Tom D’Angora, Michael D’Angora, and Tim Guinee, who had recently stepped in to raise funds to save the West Bank Cafe and Birdland Jazz Club. The trio wanted to help and, donating their time, have taken on The York as their next project.

Rockwell and Bogart’s The Musical of Musicals (The Musical!) was chosen by Tom and Michael as the perfect show for this event. A loving parody and homage to Broadway’s Golden Age, it is made up of five hilarious mini-musicals telling the same story in the style of legendary musical theatre writers: Rodgers & Hammerstein, Stephen Sondheim, Jerry Herman, Andrew Lloyd Webber, and Kander & Ebb. The Musical of Musicals (The Musical!), which The York helped develop and create, received its Off-Broadway premiere there in 2003 where it enjoyed an extended run. Melanie Herman and The York transferred it to New World Stages in 2005 for a 500-performance commercial run. The original cast album is on JAY Records.

The Musical of Musicals (The Musical!) premieres on Sunday evening, April 18, 2021 at 7:00PM and will be available to view on demand through April 21, 2021. Free stream at www.yorktheatre.org Donations may be made by visiting the GoFundMe link at gf.me/u/znnvib This event is presented through The Theatre Authority, Inc.

James Morgan, Producing Artistic Director at The York, stated, “The incredible outpouring of support over the past several months is impressive and very touching. To have Tom & Michael and Tim step forward at this point to bring us to the next level is truly exciting. We cannot wait for this show which we originally helped bring to life to be seen in this whole new way-and with this spectacular cast.”

Evans Haile, Executive Director, said “We are so appreciative of these amazing artists and thrilled to share this snappy and laugh-filled celebration of musical theatre and its legendary composers and lyricists.”

Tom D’Angora and Michael D’Angora shared, “The York has been near and dear to our hearts since the moment we moved to NYC two decades ago. Jim Morgan and The York helped us, as they have for so many in our community, to get our start in this industry and we are honored and humbled to be able to help this iconic theater get through this puddle in the road so they can continue to do what they do best: bring musicals to life!”

To help with the recovery, please visit the GoFundMe link at gf.me/u/znnvib.