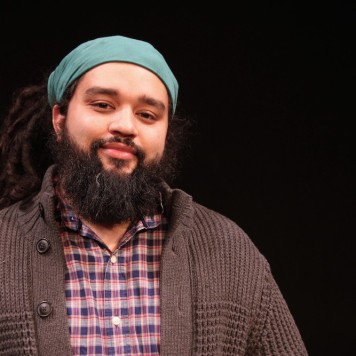 The writers were honored for their literary achievement or promise, and each will receive $165,000 to support their work.

Michael Kelleher, director of the Windham-Campbell Prizes, stated: “Through original and intensely moving work that challenges what we think we know about genre and style, these extraordinary writers cast a forensic eye on the issues that make us human: our identity, our history, our cultural and political experiences,” said “We are incredibly proud to recognize and celebrate such exceptional literary talent.“

The awards are given annually to eight authors writing in English anywhere in the world.

Michael R. Jackson holds a BFA and MFA in playwriting and Musical Theatre Writing from the NYU Tisch School of the Arts. As a songwriter, he has seen his work performed at NAMT, The 24 Hour Musicals, The Barrington Stage Company, Merkin Hall, The Laurie Beechman Theater, Feinstein’s/54 Below, The Triad, Ars Nova, Joe’s Pub, The Metropolitan Room, The Bruno Walter Library, and ACT in Seattle. He wrote book, music, and lyrics for the musical A Strange Loop. He wrote book and lyrics for the musical Only Children with composer Rachel Peters, book and lyrics for the musical adaptation of the 2007 horror film Teeth with composer and co-bookwriter Anna Jacobs, and is currently writing book for the musical U.G.L.Y with composer-lyricist Darius Smith. He is an alum of the Johnny Mercer Writers Colony, the Ars Nova Uncharted Writers Group, and is a Sundance Theatre Institute Composer Fellow. He is Jonathan Larson Award 2016 Finalist and is a 2016-2017 Dramatist Guild Fellow.

Nathan Alan Davis’ most recent work, The Refuge Plays, is a trilogy of short plays that spans four generations of a family seeking both literal and figurative refuge in a world that is by turns cruel and indifferent. In The Wind and the Breeze, Davis uses rap, rhyme, and freestyle music to stunning effect, telling the story of Sam, a young hip hop star who feels tied to his neighborhood even while his friends urge him to pursue opportunities in the wider world. In his other plays, including Dontrell Who Kissed the Sea and Nat Turner in Jerusalem, Davis takes a philosophically and poetically rigorous approach to Black identity in America and in the African diaspora, examining how the idea of narrative plays into both-how stories tell us who we are, where we’ve been, and where we’re going. Davis has received a Steinberg Playwright Award (2020), a Rita Goldberg Fellowship (2019), and a Whiting Award (2018). An alumnus of the University of Illinois at Urbana-Champaign, Indiana University Bloomington, and the Juilliard School, he is a Lecturer in Theater and Berlind Playwright-in-Residence at Princeton University.

Dionne Brand is a novelist, poet, and essayist. The third Poet Laureate of Toronto (2009-2012), Brand was born in Guayaguayare, Trinidad and moved to Toronto in 1970. Aesthetically and politically radical, Brand’s work has made her a central figure in both world and Canadian literature, earning her many awards and honors, including the Governor General’s Award for Poetry (1997), the Griffin Poetry Prize (2011), the Toronto Book Award (2006, 2019), the Trillium Book Award (1997, 2019), and the OCM Bocas Prize for Caribbean Fiction (2019). Theory (2018), her most recent novel, exhibits the formal complexity and daring of all of her work; the novel feels no need to declare race and gender and instead situates the narrator fully in her intellectual and social worlds. The book centers on a narrator named Teoria who is trying to complete a doctoral dissertation of vaunting ambition. “My aim at the time,” she says, “was to write the bomb of a thesis that would blow up the buildings,” her research exploding the insistently white, straight, and male institutions of academia. The narrator, comically and perhaps inevitably, fails at such revolutionary goals, distracted by a series of lovers and undone by her own inconsistencies. Funny, wild, and completely lacking in pretension, Theory takes huge formal risks, reimagining the novel of ideas for our own moment, challenging and enchanting the reader at the same time. Brand is the recipient of six honorary doctorates and was poetry editor at McClelland & Stewart (Penguin Random House Canada) from 2017-2021. She was invested as a member of the Order of Canada in 2017.

A native of Atlanta, Georgia, Renee Gladman is the author of numerous books of fiction, nonfiction, and poetry. At the core of her work is a critically acclaimed cycle of novels about the imagined city-state of Ravicka and its inhabitants: Event Factory (2010), The Ravickians (2011), Ana Patova Crosses a Bridge (2013), and Houses of Ravicka (2017). Like Italo Calvino’s Invisible Cities and Samuel R. Delany’s Dhalgren, Gladman’s Ravicka novels open onto a world both like and unlike our own, presenting a surrealistic vista of Escher-like architectures that is strange, vivid, and uncanny yet that is always lucid and, on occasion, piercingly familiar. In Ravicka, we are all dislocated and queer, strangers in a strange land—alien to others and, even, to ourselves. Gladman’s work, both poetry and prose, bears the mark of a singular and vertiginous authorial intelligence, a fierce and careful attention to language, and a willingness to take formal and linguistic risks in form, language, and subject. She has also published two art monographs, One Long Black Sentence (2020), indexed by Fred Moten, and Prose Architectures (2017). A graduate of Vassar College and New College of California, as well as the recipient of fellowships, grants, and residencies from the Radcliffe Institute for Advanced Study (2015) and the Lannan Foundation (2017), among other institutions, Gladman makes her home in New England.

Kate Briggs is a writer and translator whose brilliant first book This Little Art (2017) defies categorization. It is at once a memoir, a treatise, and a history, considering Briggs’s own life as a translator from French to English, offering an account of the nature and stakes of translation, and presenting a history of three women translators in the twentieth century. The book articulates and refracts the many strangenesses and paradoxes of translation as a practice and an art. Translation, Briggs shows us, is both lonely and collaborative, disciplined and profoundly educational, a private devotion and a public project. It energizes and frustrates, requiring from its practitioners passion, precision, and an openness to transformation. Briggs is the translator of two volumes of Roland Barthes’s lecture notes at the Collège de France, The Preparation for the Novel (2011) and How to Live Together: Novelistic Simulations of Some Everyday Spaces (2013), and co-translator of Michel Foucault’s Introduction to Kant’s Anthropology (2008). She teaches at the Piet Zwart Institute in Rotterdam, Netherlands and is currently working on a new book: a novel-essay titled The Long Form.

Born in the Bronx to Russian Jewish immigrants, Vivian Gornick is an essayist, memoirist, and literary critic. As a writer who is both Jewish and a woman, Gornick has described herself as “twice an outsider,” and this perspective has informed her work on subjects as varied as American communism, Second Wave feminism, the writing of personal narrative, and the practice of re-reading. In her memoir Fierce Attachments Gornick offers an extraordinary account of her own tempestuous relationship with her mother, detailing in precise, forceful prose the fallout from an extravagant family drama. In other works, like The Odd Woman and The City (2015) and The Situation and The Story (2001) she investigates what it means to love and live in the modern city; and what it means to struggle with personal narrative. In all her books she considers why we read, why we write, and how we find meaning—sometimes through writing, sometimes through political passion, and always through conflict and contestation. “To live consciously,” she writes, “is the real business of our lives.” A former fellow at the Radcliffe Institute at Harvard University (2007-2008) and the recipient of a Guggenheim Fellowship (1990), among other honors, Gornick lives in New York City.

Canisia Lubrin is the author of two critically acclaimed collections of poetry: Voodoo Hypothesis (2017) and The Dyzgraphxst (2020). Voodoo Hypothesis, a finalist for the Raymond Souster Award (2018), is a wildly ambitious work of speculative poetics, brilliantly combining physics, philosophy, and pop culture. The book investigates, with a steady eye and deep moral seriousness, state-sanctioned violence against Black individuals and cultures—all while remaining rooted in a vision of Black diasporic aesthetics and imagination. The Dyzgraphxst continues Lubrin’s exploration of Black history and Black futurities. A single long poem that is organized into seven acts or movements, the book feels private in gesture and grand in scale, offering a piercing examination of selfhood and the forces that threaten it: “I was not myself,” a speaker worries, “I am not myself. My self resembles something having nothing to do with me.” Born and raised in Saint Lucia, Lubrin studied in Canada, completing a BA at York University and an MFA at the University of Guelph. She teaches creative writing at OCAD University and poetry at the University of Toronto. She is also incoming poetry editor at the literary press McClelland & Stewart and has been a Writer in Residence for Queen’s University and for Poetry In Voice, an organization that sends poets into secondary school classrooms. She lives in Whitby.

From the sister cities of El Paso, Texas and Ciudad Juárez, Chihuahua, Mexico, Natalie Scenters-Zapico has published two collections of poetry, The Verging Cities (2016), which won the PEN/Joyce Osterweil Award in Poetry (2016), and Lima::Limon (2019), a finalist for the Griffin Poetry Prize (2020) and the Kingsley Tufts Poetry Award (2020). Scenters-Zapico works at the borders, exploring the territory between the United States and Mexico, English and Spanish, the masculine and the feminine, the psychological and the physical, the violent and the tender. In her poems, this in-between space becomes a site of aesthetic power and possibility, even as it remains a zone of danger, where the self might be lost or violently transformed. Images of the dead haunt Scenters-Zapico’s writing: an archaeologist hunting for fossils instead finds a young woman, “her face already / bone. Her body, scattered”; a speaker laments “the boy I love gone missing, his father found with no teeth / In an abandoned car.” And yet for Scenters-Zapico death is also another border, a space both real and imagined where beauty and terror feel equally at home. A graduate of the University of Texas at El Paso and the University of New Mexico, she has published poems inThe Believer, Gulf Coast, Poetry, and Tin House, among other places.