The Studios of Key West launches their 2020/21 theatrical season with the Digital Premiere of Drew Larimore’s powerful and timely new play SMITHTOWN, directed by Studios Artistic Associate and Board Chair, Stephen Kitsakos. Tickets are now on sale here.

SMITHTOWN is a series of four interconnected but distinct monologues featuring an ensemble of top Broadway and television actors including Michael Urie from TV’s “Ugly Betty,” Ann Harada from Broadway’s Avenue Q and Cinderella, Colby Lewis from Chicago’s Hamilton, and Constance Shulman from “Orange is the New Black”. 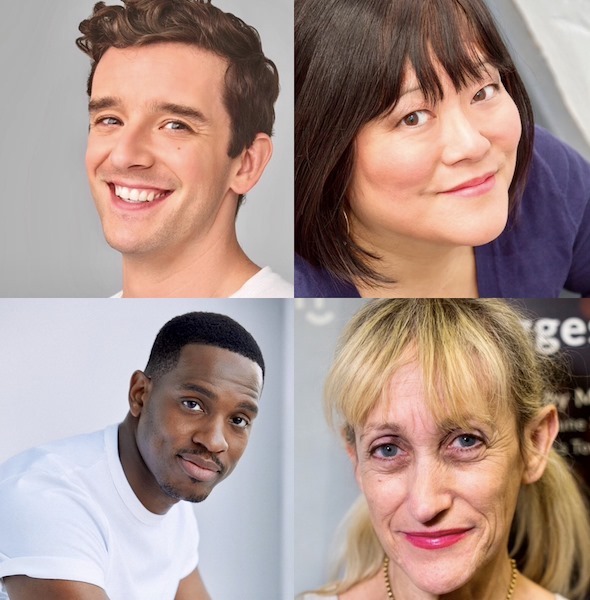 Incisively dark and funny, the play shines a spotlight on the ways we communicate, and miscommunicate, in a rapidly evolving digital era, when the rules of conduct change by the minute, and loneliness and isolation seem to be the order of the day.

“I wrote SMITHTOWN a few years ago and felt compelled to revisit it in light of the pandemic,” said Larimore, “Technology is at the core of the play, so premiering it now in this online format couldn’t be more appropriate.”

The play follows four residents of Smithtown, a fictional Midwestern university town, who unwittingly and arguably become ‘victims’ of technology gone awry. A college professor ignites a local tragedy by texting questionable photographs to his ex-girlfriend. A sleep-deprived “text angel” sends a well-meaning text at the exact wrong moment. A struggling artist plays fast and loose with morality to get ahead. A grieving mother turns to social media to fill the emptiness left by a lost child.

Well-known for its creative partnerships within and beyond Key West, The Studios has expanded its reach and capacity over the past few months to produce quality streaming content. For this project, The Studios has drawn upon its impressive roster of Artist in Residence alumni, pairing former AiR and playwright Drew Larimore (The New Peggy) with former AiR and videographer/writer Harry Aspinwall (Netflix’s The Sleepover) to create a special theatrical event.

Director Stephen Kitsakos recognizes the inherent challenge in bringing Larimore’s script to life for online audiences. “SMITHTOWN is most definitely a play, and not a film, and so of course, the focus is on the text,” he said. “But theatre endures and adapts. We assembled some of the most talented actors working today, each one a consummate storyteller, to create a hybrid form of presentation that works perfectly with this project. And of course we added a hint of cinematic flair where we could,” he added with a smile.

SMITHTOWN will premiere as an on-line streaming event on Saturday, November 14th at 8:00PM. Running time is app. 65 minutes, followed by a moderated Q&A. Viewers who are unable to watch at that time can receive a link to watch at their convenience through Friday, November 20th. Tickets are $15 for Studio Members and $20 for non-members.

Hailing from Charlotte, NC, COLBY LEWIS moonlighted as an athletic performer on the CW’s hit show One Tree Hill while studying for his B.A. in Communication Studies. In Wilmington he appeared as Four-Eyed Moe in Five Guys Named Moe and Coalhouse Walker Jr. in Ragtime. He earned an MFA in Acting from the University of Connecticut before moving to NYC. Colby was cast in the original Chicago production of Hamilton as a standby advancing to star as Lafayette/Jefferson and balancing that with a recurring guest star role as medical student Terry McNeal on the fourth season of NBC’s Chicago Med.

Actress CONSTANCE SHULMAN is instantly recognizable as Yoga Jones in the Netflix series Orange is the New Black. She is well-known as the voice of Patti Mayonnaise for the Nickelodeon animated TV series Doug and for playing Shelly Ray in the TV comedy The Faculty. Shulman’s stage appearances include starring in the original production of Steel Magnolias where she created the role of Annelle. In 2019 she performed on Broadway in the revival of The Rose Tattoo starring Marisa Tomei. She also appeared in the first Studios of Key West livestream play, The Truth About Pipecleaner People by Drew Larimore, directed by Stephen Kitsakos.