The play has been nominated for 13 awards this year and is the most nominated play of this awards season.

Pulitzer Prize winner Stephen Adly Guirgis takes his style to another level in this world premiere play about the harrowing, humorous, and heartbreaking inner workings of a women’s halfway house in New York City. 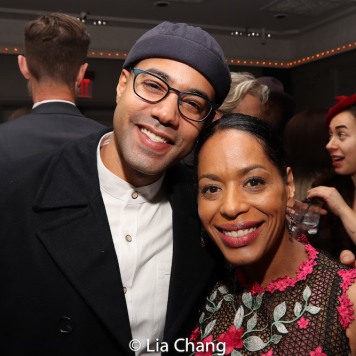 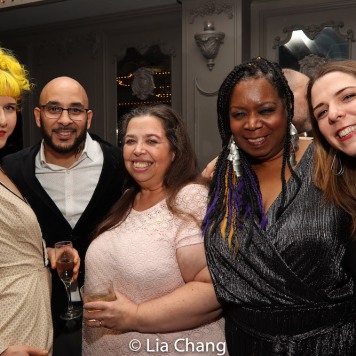 Over twenty-five years, that small group of actors has grown to a company of more than a hundred artists. LAByrinth is an ensemble-driven company comprised of actors, designers, directors, musicians, and writers committed to developing and producing new works for the stage, giving voice to new perspectives that are powerful, groundbreaking, and have changed the face of America’s theatrical landscape.

LAB’s journey has taken them from INTAR, to Center Stage NY, to The Public Theater, to the Bank St. Theater and now their newest home, NYC’s oldest continuously running off-broadway theater, the Cherry Lane Theatre.

From LAB’s first two productions in the early 90’s, David Deblinger’s one man show, Nobody’s Home, and Lilian Slugocki’s family drama RoughHouse at INTAR, to multiple Stephen Adly Guirgis world premieres including In Arabia, We’d All be Kings (1999), Jesus Hopped the A Train (2000), and Our Lady of ‪121st Street‬ (2002) with all three directed by Philip Seymour Hoffman at Center Stage NY, to Brett C. Leonard’s Guinea Pig Solo (2004) and Bob Glaudini’s ‪Jack Goes Boating‬ (2007) at ‪The Public Theater‬, to Melissa Ross’s Thinner Than Water (2011) at the Bank St Theater, to Maggie Bofill’s Devil of Choice (2018) at the ‪Cherry Lane Theatre‬, and most recently, our co-production of Stephen Adly Guirgis’s Halfway Bitches Go Straight To Heaven with Atlantic Theater Company, LAByrinth Theater Company has produced over fifty world premieres and developed over 250 new plays.