Hadestown, developed with director and Tony Award winner Rachel Chavkin, was the most honored and critically acclaimed new musical of 2019.

In addition to the show’s eight Tony Awards, it has been honored with the Grammy Award for Best Musical Theater Album, four Drama Desk Awards, six Outer Critics Circle Awards including Outstanding New Broadway Musical and the Drama League Award for Outstanding Production of a Musical.

The cast and crew of Hadestown accept the award for Best Musical onstage during the 2019 Tony Awards at Radio City Music Hall on June 9, 2019 in New York City. Photo by Lia Chang

Vinie Burrows with André De Shields, winner of the award for Best Performance by an Actor in a Featured Role in a Musical for “Hadestown,” at Radio City Music Hall on June 9, 2019 in New York. Photo by Lia Chang

André De Shields, winner of the award for Best Performance by an Actor in a Featured Role in a Musical for “Hadestown” and Harold Wheeler, winner of the Special Tony Award for Lifetime Achievement in the Theatre at Radio City Music Hall on June 9, 2019 in New York City. Photo by Lia Chang 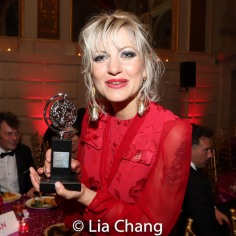 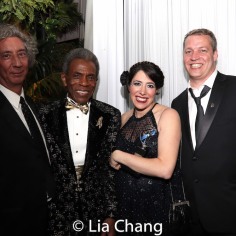 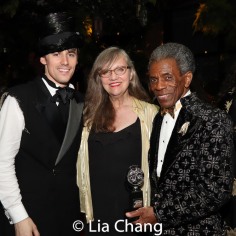 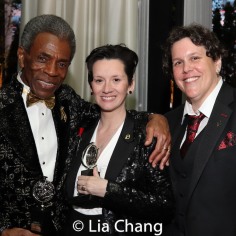 Tom Kirdahy and Terrence McNally, winner of the Special Tony Award for Lifetime Achievement in the Theatre at The Plaza Hotel on June 9, 2019 in New York City. Photo by Lia Chang

Following two intertwining love stories – that of young dreamers Orpheus and Eurydice, and that of King Hades and his wife Persephone – Hadestown invites audiences on a hell-raising journey to the underworld and back. Mitchell’s beguiling melodies and Chavkin’s poetic imagination pit industry against nature, doubt against faith, and fear against love. Performed by a vibrant ensemble of actors, dancers, and singers, Hadestown delivers a deeply resonant and defiantly hopeful theatrical experience.

The Grammy Award-winning Original Broadway Cast Recording of Hadestown from Sing It Again Records is available on CD, vinyl and streaming. The album was released digitally this summer, and topped Billboard’s Broadway Cast Recording chart, and debuted at #8 on the Top Album chart. To date, the album has been streamed over 85M times. The CD edition features a 64-page booklet and a two-disc set, while the triple vinyl edition features a 16-page booklet. Both editions include complete song lyrics and never before seen photos of the Hadestown cast and creative team in the studio, and other exclusive content.

Photos and Video: The Cast of HADESTOWN Celebrates Rachel Chavkin and Jordan Roth at NYTW Gala

Inside the Opening Night Afterparty of HADESTOWN with André De Shields

Playbill: Hadestown Celebrates a Year on Broadway With This New Video