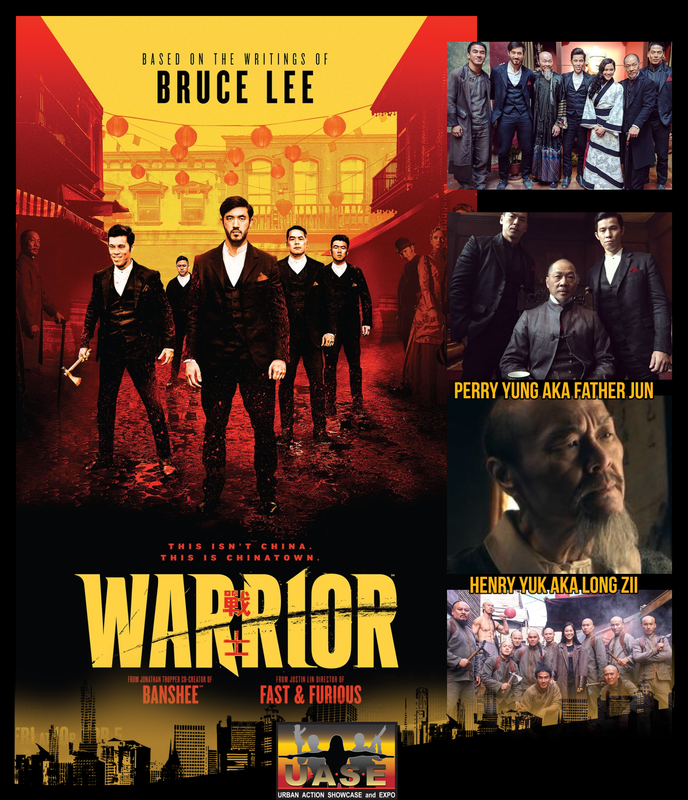 The Urban Action Showcase and Expo presented a WARRIOR Season 1 marathon of all 10 episodes on Saturday, November 9, 2019 at AMC Empire 25 Theaters in New York. After the screenings, Ric Meyers chatted with veteran actors Perry Yung (Father Jun) and Henry Yuk (Long Zii) who star as the 2 leaders of the rival Chinatown gangs, The Hop Wei and Long Zii. Click on the video below to watch the conversation and scroll down for photo coverage.

WARRIOR is a gritty, action-packed crime drama set during the brutal Tong Wars of San Francisco’s Chinatown in the second half of the 19th century. The series follows Ah Sahm (Andrew Koji), a martial arts prodigy who emigrates from China to San Francisco under mysterious circumstances. After proving his worth as a fighter, Ah Sahm becomes a hatchet man for the Hope Wei, one of Chinatown’s most powerful tongs (Chinese organized crime family).

Befriended by Wang Chao (Hoon Lee), a fixer and profiteer in Chinatown, Ah Sahm is taken under the wing of Young Jun (Jason Tobin), the hard-partying son of the Hop Wei’s leader, Father Jun (Perry Yung), who is facing an imminent opium war with a rival tong. As he is indoctrinated in the rules of Chinatown gangs, Ah Sahm wins the confidence of a canny brothel madam, Ah Toy (Olivia Cheng), revealing to her the true intentions of his journey to America.

Over the course of the season, Ah Sahm crosses boundaries inside and outside Chinatown, bringing him into contact with tong rivals Mai Ling (Dianne Doan), a beautiful and ruthless Chinese woman who has achieved a position of power in one of the tongs, and Li Yong (Joe Taslim), a tong lieutenant and Gung Fu master. As violence erupts, Sergeant “Big Bill” O’Hara (Kieran Bew) and Richard Henry Lee (Tom Weston-Jones), a transplanted southerner and rookie cop, are tasked with forming a Chinatown squad.

Meanwhile, working-class leader and tough Irishman Dylan Leary (Dean Jagger) is fighting for all Irish laborers by trying to inflict as much damage as possible on the Chinese immigrants he says are stealing their jobs. Amidst the strife, power-hungry San Francisco Mayor Samuel Blake (Christian McKay) and Deputy Mayor Walter Buckley (Langley Kirkwood), who has his own political aspirations, engage in widespread corruption, while the mayor’s young wife, Penny (Joanna Vanderham), finds herself trapped in a loveless marriage.

Perry Yung is an actor and musician who works in experimental theater and commercial television and film. He is also a traditionally trained Japanese shakuhachi bamboo flute craftsman who leads flute making mediation workshops in zen monasteries across America. Since 2009, he has been producing La Mama’s Family Playdate Series to show the importance of acknowledging and embracing heritage. Perry has been a member of La Mama’s Great Jones’ Repertory group since 1993 and is a founding member of the SLANT Performance Group. He can be seen on HBO/Cinemax’s WARRIOR tv series based on original writing by Bruce Lee. He was fan favorite Ping Wu on Steven Soderbergh’s “The Knick” and has guest starred on “Gotham,” “The Blacklist,” “Blue Bloods”… to name a few. Principle roles in films include Condemned, Jade Pendant and John Wick:Chapter 2.

The UASE is the premier Action entertainment platform advocating diversity and honoring the multicultural achievements within the blockbuster Action genre bringing awareness and access to heroes of color. Showcasing Independent and Mainstream Action content in the multifaceted Action genre including Adventure, Fantasy, Grindhouse, Action Horror, Martial Arts, Sci-Fi, Supernatural and Urban Action content. The UASE is the only Action entertainment platform offering both fan and professional experiences through its International Action Film Festival, Action Expo and Action Film Awards platforms.By focusing on the thrill and excitement of the Action genre and recognizing the need for integration, the UASE sets itself apart from other festival platforms as the only one of its kind. The purpose of the UASE is to ultimately see an increase in ethnic heroic principal characters in film and television, increase the development of content and expand distribution platforms reflecting multicultural images and interests as it pertains to the multifaceted Action genre. 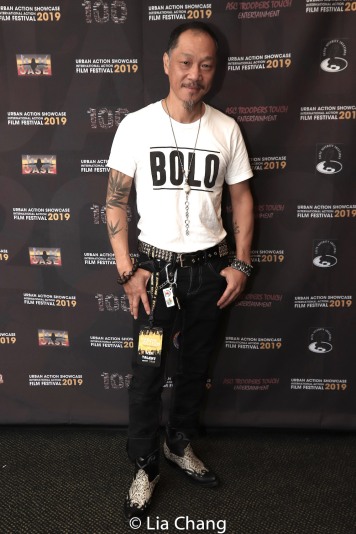 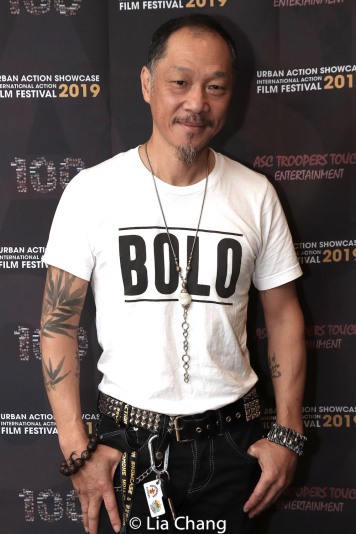