The high-style music of “The Duke” is the heart and soul of this 1981 Tony-winning Broadway hit, featuring choreography by Kimberly Schafer and musical direction by Nat Adderley, Jr. Scroll down for photos of rehearsal.

Presented in the year marking the 120th anniversary of Ellington’s birth, Sophisticated Ladies is a first-class excursion back to the heyday of Harlem’s swanky Cotton Club. According to legend, the great bandleader and composer Duke Ellington once told his musicians that they had to play their best because they were about to open in Newark. All those glorious numbers – “Satin Doll,” “It Don’t Mean a Thing (If It Ain’t Got That Swing),” “Cotton Tail,” “Take the A Train” and “Mood Indigo” – return to the city in full swing with the arrival of Duke Ellington’s Sophisticated Ladies, a co-production of NJPAC and Crossroads Theatre Company. 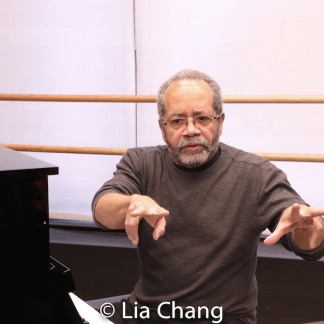