The cast of GETTIN’ THE BAND BACK TOGETHER have welcomed many in the Broadway community throughout their run including Lori Tan Chinn, Baayork Lee, Paul Shaffer, André De Shields, Daniel K. Isaac, Denise Burse, Jose Llana, Celia Keenan-Bolger, Marsha Mason, Alex Newell, the kids from SCHOOL OF ROCK, Eric William Morris and his cast members from KING KONG.

Helmed by Tony Award winner John Rando and featuring choreography by Chris Bailey, GETTIN’ THE BAND BACK TOGETHER will close on Sunday, September 16 following the evening performance. It will have played 30 previews and 40 performances. Previews began on July 19 and the show opened on August 13. Click here to purchase tickets.

The cast recently gathered to record the cast album at Power Station and SH-K-BOOM RECORDS will release it later this year.

Mitch Papadopoulos always wanted to be the next Bruce Springsteen, but he left those daydreams behind for a day job. When this big-shot banker is handed a pink slip on his 40th birthday, he’s forced to move back in with his mom in New Jersey.

A run-in with his former music rival leads to a threat of foreclosure on Mitch’s family home, unless he can win The Battle of the Bands-a rematch over 25 years in the making. So he dusts off his guitar, gathers his old gang, and sets out to win back his house, his pride-and maybe even the high school sweetheart he left behind-proving it’s never too late to give your dreams one last shot. 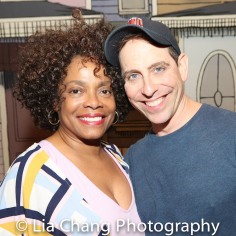 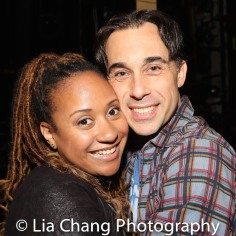 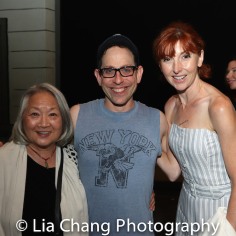 Inside the GETTIN’ THE BAND BACK TOGETHER Opening Night Party with Garth Kravits, Marilu Henner, Mitchell Jarvis, Jay Klaitz, Brandon Williams and More

vox.com: Gettin’ the Band Back Together is a giant musical comedy dad joke. To hate it is to hate joy.

Town of Sayreville, NJ Becomes Co-Producer on GETTIN’ THE BAND BACK TOGETHER