From the producers of SORRY TO BOTHER YOU and COLMA: THE MUSICAL… 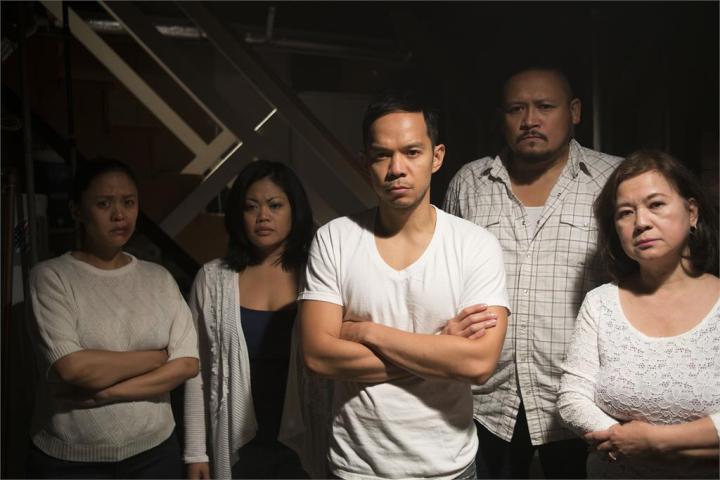 BITTER MELON is the dark comedy story of a Filipino-American family reuniting for a Christmas party at their family home in San Francisco only to find out that Troy, the second oldest child, has been ruling the house with violence and fear—intimidating everyone who lives there—including his mother, and even physically abusing his wife. What starts as a fun holiday reunion turns into a darkly humorous crime scene as Declan, the gay youngest son, leads the family as they plot to kill one of their own.

Jon Norman Schneider (Declan) is a Bronx-bred, Filipino American actor based in New York. In 2004, Jim McKay cast Jon from an open call in his film Angel Rodriguez, opposite Rachel Griffiths. Since then, he’s appeared on various-sized screens in “The Normals,” “The Girl in the Book,” “Succession” (upcoming HBO), “Jessica Jones,” “Veep,” “30 Rock,” and “Law & Order: Criminal Intent.” Selected stage credits include Awake and Sing! (NAATCO/Public Theater), Sarah Ruhl’s The Oldest Boy (Lincoln Center Theater), and Julia Cho’s Durango (Long Wharf and Public Theater). Jon is grateful to filmmakers like H.P. Mendoza for the opportunity to give voice and visibility to characters who look like him and his family.

Brian Rivera (Moe) was born in Sacramento and moved to San Francisco to earn his BA in Drama at San Francisco State. Rivera has performed with numerous Bay Area theatre companies and is a member of Campo Santo. He gained on screen acting experience on the TV shows “Cuff Me If You Can” or “Trauma”.
Recently, Brian has been acting as the King in the Broadway Revival of The King & I at Lincoln Center, which won four Tony Awards including Best Revival. Rivera is currently working in the Broadway National Tour of The King & I and resides in New York City. Bitter Melon is his feature film debut.

Patrick Epino (Troy) is an actor, director, and producer. He starred in and co-directed the action comedy Awesome Asian Bad Guys. He also directed the dark comedy Mr. Sadman starring Scoot McNairy and Tim Kang. Patrick is the executive producer of National Film Society, a Los Angeles based production studio and YouTube channel. He received an MFA in Cinema from San Francisco State University and a BA in Sociology from the University of Chicago. In his spare time, he runs the Warriors fansite OaklandWarriors.com.

Josephine De Jesus (Prisca) is a Pinay actor, voice-talent, script-translator, dubber for films & TV commercials. She has appeared in biscuit TV commercial & some minor roles on TV soap-operas in the Philippines. She paid her way through college by voicing for radio commercials in early 70s. She is a graduate of Bachelor of Science in Commerce major in Marketing & Advertising. When she first saw the announcement on TFC that the studio was looking for some actors for a mother role, Josephine said she felt in her heart that that role was really for her! She is married to Jun de Jesus, a former actor-singer in Manila & owns a live-band that plays here around the Bay Area.

L.A. Renigen (Tiya) is a Los Angeles based Writer, Actor and Producer. She is known for her work in H.P. Mendoza’s films Fruit Fly, I am a Ghost (Producer) and the Independent Spirit Award Nominated Colma the Musical. She also hosted the Comcast food show, “LaLa,” with H.P. Mendoza, profiling Asian Chefs and Restaurants in the Los Angeles area, produced by the Center for Asian American Media. She graduated from SF State with a BA in Theatre Arts, and was also a Resident Artist at Bindlestiff Studios, a Filipino American Performing Arts Center.

Theresa Navarro (Shelly) is a Pinay actor, cultural worker and Independent Spirit Award-nominated producer. Her recent credits include YES WE’RE OPEN (CAAMFEST ’12), DAYLIGHT SAVINGS (SXSW ’12) and ADVANTAGEOUS (SUNDANCE ’15). BITTER MELON marks her fourth collaboration with HP Mendoza. Theresa currently works with pioneering media arts nonprofit American Documentary, producer of award-winning series ‘POV’ on PBS and ‘America ReFramed’ on WORLD Channel. Born and raised in the San Francisco Bay Area, Theresa holds undergraduate degrees from UC Riverside and completed her graduate work at the University of Hawai’i at Mānoa. She is based in Brooklyn with her husband and young daughter.