In 1834, Afong Moy is brought to the United States from Beijing and put on display for the American public as the “Chinese Lady.” Over the next 45 years, she performs in a side show that both defines and challenges her own view of herself. Inspired by the true story of America’s first female Chinese immigrant, playwright Lloyd Suh spins a tale of dark poetic whimsy in this piercing  portrait of America as seen through the eyes of a young Chinese woman.

Daniel K. Isaac (Atung) is an actor and writer born and raised in Southern California, currently based in New York City. You can currently see him on the small screen as ‘Ben Kim’ in Showtime’s “Billions.”

Isaac co-wrote and stars in the short film/pilot presentation, “According To My Mother.” The project was selected for IFP Film Week and the inaugural Sundance New Voices Lab and was an Official Selection at ITVFest, Newfest, Outfest Fusion, Outfest, CAAMfest, SeriesFest (where it was awarded Best Actress), and New York Television Festival (Best Drama and Best Actor). “According To My Mother” is currently in development to become a digital series on First Look Media’s new platform, TOPIC. Isaac is a member of Page 73’s 2018 Interstate 73 Writers Group, Ensemble Studio Theatre’s Youngblood, and a Lambda Literary Playwriting Fellow. Training: UCSD, BADA. www.AccordingToMyMother.com

Playwright Lloyd Suh is the author of Charles Francis Chan Jr’s Exotic Oriental Murder Mystery, American Hwangap, The Wong Kids in the Secret of the Space Chupacabra Go!, Jesus in India, Great Wall Story, and others, produced with Ma-Yi, Magic Theatre, Ensemble Studio Theatre, The Play Company, La Mama, Denver Center Theatre Company, ArtsEmerson, The Guthrie Theatre with Mu Performing Arts, East West Players, and internationally at the Cultural Center of the Philippines in Manila, and with PCPA in Seoul, Korea. He has received support from the NEA Arena Stage New Play Development program, the Andrew W. Mellon Launching New Plays Into the Repertoire initiative via the Lark, NYFA, NYSCA, Jerome Foundation, TCG, and Dramatists Guild, and has been a recipient of the Roe Green Award from Cleveland Playhouse, the Lilah Kan Red Socks Award, and the Helen Merrill Award. His plays have been published by Samuel French, Playscripts, Smith & Kraus, Duke University Press and American Theater magazine. He is an alum of Youngblood and the Soho Rep Writer/Director Lab, and from 2005-2010 served as Artistic Director of Second Generation and Co-Director of the Ma-Yi Writers Lab. He currently serves on the Dramatists Guild Council and has since 2011 served as Director of Artistic Programs at The Lark.

Director Ralph B. Peña is the current Artistic Director of Ma-Yi Theater Company. Recent directing credits include Among the Dead, House Rules (Ma-Yi) The Orphan of Zhao (Fordham Theatre), Macho Dancer: A Musical (Cultural Center of the Philippines), Livin’ La Vida Imelda (Ma-Yi), Lloyd Suh’s The Wong Kids in the Secret of the Space Chupacabra GO! (Cultural Center of the Philippines, Children’s Theater Co. and Ma-Yi, Off Broadway Alliance Award), Julia Specht’s Down Cleghorn, Joshua Conkel’s Curmudgeons in Love (EST Marathon), Mike Lew’s microcrisis(Youngblood, Ma-Yi), and House/Boy (Dublin and Singapore Theater Festivals). His theater work has been seen at The NYSF/Public Theater, Long Wharf Theater, Laguna Playhouse, NAATCO, Second Generation, Victory Gardens, and LaMama ETC, among others. He received an Obie Award for his work on The Romance of Magno Rubio. Ralph is a member of the Ensemble Studio Theater. This is for Damien, always and forever. 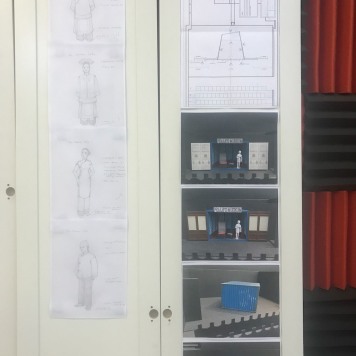 THE CHINESE LADY costumes and sets. Photo by Lia Chang 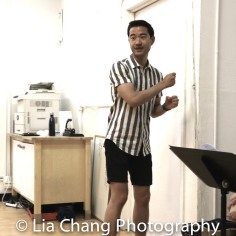 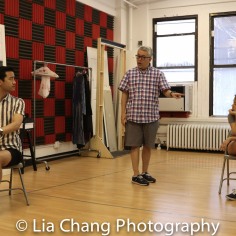 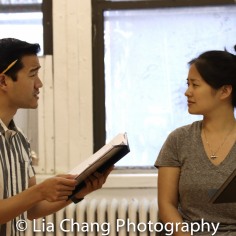 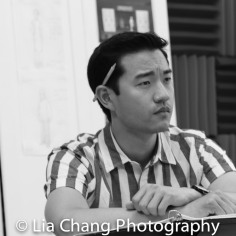 Performance schedules for all productions are available by visiting www.barringtonstageco.org.

Up Close and Personal with Daniel K. Isaac – William Inge in Abingdon Theatre’s Production of THE GENTLEMAN CALLER by Philip Dawkins, May 5 – 26