In response to overwhelming demand and critical acclaim, Ars Nova “one of NYC’s most adventurous Off Broadway companies” (New York Times), in association with “the foremost incubator of new Asian American theater in the country” (Obie award) Ma-Yi Theater and Woodshed Collective, “the exceptional theater company” that turns “spaces into intimate vortexes of wonder” (Gothamist) extends the world premiere of KPOP until October 21.

On October 3rd, I attended a special performance of KPOP to benefit Ma-Yi Theater. Check out who came out to support Ma-Yi Theater’s Producing Artistic Director Ralph B. Peña,  Executive Director Jorge Ortoll and the Obie Award winning theater company.

KPOP is a high-octane immersive event that gives audiences a backstage pass to a K-pop music factory. A limited number of $25 rush tickets will be available to audiences under 30 years of age (valid ID required). The production, which opened on September 22, must end on October 21.

New York‘s Sara Holdren calls KPOP “A delicious spectacle,” and “expansive, catchy, and cunning,” while Time Out New York’s Adam Feldman “defies you not to enjoy KPOP!” and declares “tiny bubble of pleasure keep floating up and bursting all around us. Pop! Pop! Pop! We’re sold.”

Ben Brantley in The New York Times highlights “the eye-popping visuals throughout (right down to the ads on the walls). And Ms. Park and Mr. Vernon’s pastiche fusion musical numbers, choreographed with slashing wit by Jennifer Weber, are as synthetically sweet and perversely addictive as the real thing.” 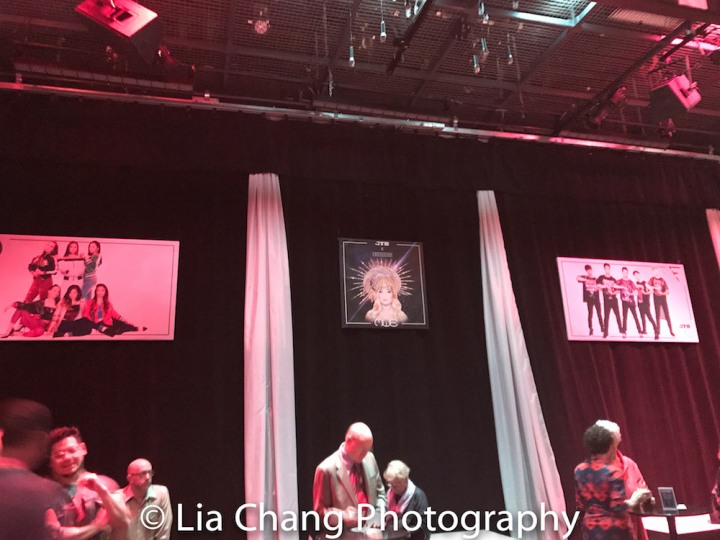 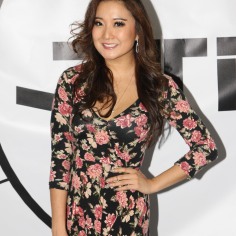 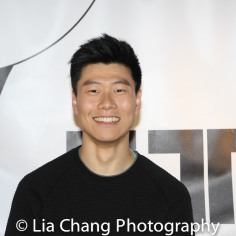 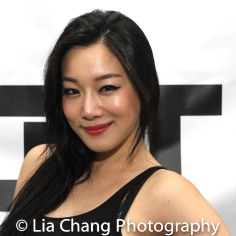 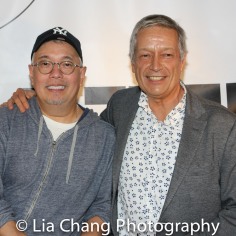 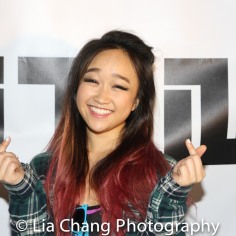 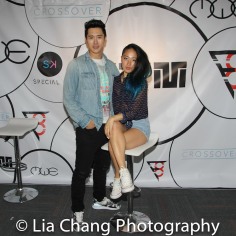 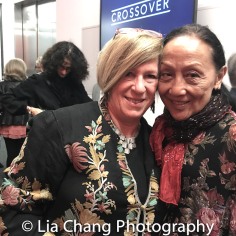 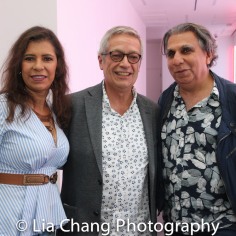 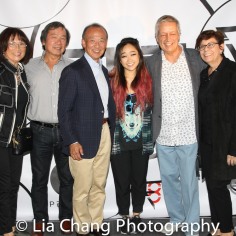 KPOP was conceived by Woodshed Collective and Jason Kim (The Model American, HBO’s “Girls”) and features a book by Kim, music & lyrics by Helen Park and Max Vernon (The View UpStairs), an immersive design by Woodshed Collective, choreography by Bessie-nominee Jennifer Weber (The Hip Hop Nutcracker, TruTV’s “Face Off”) and is directed by Teddy Bergman (Empire Travel Agency).

Performances of KPOP will now play through October 21 at the A.R.T./New York Theatres, located at 502 West 53rd Street in Manhattan. Monday–Wednesday at 7pm; Thursday–Saturday at 8pm; Friday and Saturday at 3pm.

Tickets are $75 general/$125 premium and  during the October 9–21 extension period and can be purchased by visiting arsnovanyc.com or by calling 212-352-3101. A limited number of $25 rush tickets will also be available to audiences under 30 years of age (valid ID required) at the box office 30 minutes prior to curtain for each performance, no advance sales.

About Ars Nova
Ars Nova is committed to developing and producing theater, comedy and music artists in the early stages of their professional careers. Our unique development programs are designed to support cross-pollination and outside-the-box thinking to encourage innovative work. Dubbed by The New York Times as a “fertile incubator of offbeat theater,” Ars Nova blurs genres and subverts the status quo. With our feverish bounty of programming, we are the stomping ground and launching pad for visionary, adventurous artists of all stripes. By providing a safe environment where risk-taking and collaboration are paramount, Ars Nova gives voice to a new generation of artists and audiences, pushing the boundaries of live entertainment by nurturing creative ideas into smart, surprising new work.

Ars Nova has been honored with an OBIE Award and a Special Citation from the New York Drama Critics’ Circle for sustained quality and commitment to the development and production of new work. Notable past productions include: “Best New American Theatre Work” OBIE Award-winner & New York Times’ “Best of 2016” Underground Railroad Game by Jennifer Kidwell and Scott R. Sheppard with Lightning Rod Special (now on international tour); Outstanding Musical Lortel Award-winner Futurity, by César Alvarez with The Lisps; the New York Times’ and New York Post’s “Best of 2015” Small Mouth Sounds by Bess Wohl (now touring the US after a return engagement Off Broadway); Time Out New York’s “Best of 2014,” JACUZZI by The Debate Society; the Tony award-winning smash-hit Natasha, Pierre & The Great Comet of 1812 by Dave Malloy (now on Broadway); Jollyship the Whiz-Bang by Nick Jones and Raja Azar; the world premiere of the 2009 season’s most-produced play boom by Peter Sinn Nachtrieb and directed by Alex Timbers; audience favorite Dixie’s Tupperware Partyby Kris Andersson; the show that put Bridget Everett on the map, At Least It’s Pink, by Everett and Kenny Mellman; and Lin-Manuel Miranda’s and Thomas Kail’s first New York production, Freestyle Love Supreme, by Anthony Veneziale and Miranda.

About Ma-Yi Theater Company
Ma-Yi Theater Company recently enjoyed great critical and popular success with Hansol Jung’s Among the Dead, Nandita Shenoy’s Washer/Dryer and A. Rey Pamatmat’s House Rules. The company won the Off-Broadway Alliance Award for its critically-acclaimed production of The Wong Kids in The Secret of the Space Chupacabra GO!, which recently made its international premiere at the Cultural Center of the Philippines in Manila. Founded in 1989 and now celebrating its 28th season, MA-YI is a Drama Desk and OBIE Award-winning, Off-Broadway not-for-profit organization whose primary mission is to develop and produce new and innovative plays by Asian American writers.

Since its founding, Ma-Yi has distinguished itself as one of the country’s leading incubators of new work shaping the national discourse about what it means to be Asian American today. Its numerous acclaimed productions include Mike Lew’s Bike America, Qui Nguyen’s The Inexplicable Redemption of Agent G andSoul Samurai (with Vampire Cowboys), Mike Lew’s Microcrisis and the revival of Ralph B. Peña’s Flipzoids. Other productions include: Rescue Me by Michi Barall, Lloyd Suh’s American Hwangap and The Children of Vonderly and The Romance of Magno Rubio. Through successful programs such as the Writers Lab, Ma-Yi emboldens a new generation of Asian American artists to voice their experiences, while developing a steady stream of quality new works by Asian American playwrights for its own performing repertory. New works developed at the Writers Lab have gone on to successful productions around the country, at such theaters as Victory Gardens, Laguna Playhouse, Long Wharf Theater, Woolly Mammoth and the Actors Theater of Louisville, to name a few. Ma-Yi Theater Company productions have earned 10 OBIE Awards, numerous Henry Hewes Award nominations, a Drama Desk nomination for Best Play and the Special Drama Desk Award for “more than two decades of excellence and for nurturing Asian-American voices in stylistically varied and engaging theater.”

Ma-Yi Theater is under the leadership of Producing Artistic Director Ralph B. Peña.

About Woodshed Collective
Woodshed Collective is one of the country’s premier immersive theater companies. Since 2008, the company has presented large scale theatrical events including: Twelve Ophelias performed in McCarren Park Pool in Williamsburg, Brooklyn, The Confidence Man adapted from Melville’s novel and performed on a decommissioned steamship in the Hudson River and The Tenant adapted from the novel and film and performed in a five story 19th Century Parish House on the Upper West Side.

Most recently, the company presented the critically acclaimed Empire Travel Agency, a grail quest crisscrossing Lower Manhattan, where groups of four audience members at a time hunted for the secret to the essential vibrancy of New York. Driven by the belief in the combined power of stories and architecture to break down the barriers of everyday life, Woodshed’s shows aim to create genuine awe.

About A.R.T./New York
The A.R.T./New York Theatres are a project of the Alliance of Resident Theatres/New York (A.R.T./New York), which provide state-of-the-art, accessible venues at subsidized rental rates, plus free access to top-line technical equipment, so that the city’s small and emerging theater companies can continue to experiment, grow and produce new works. Founded in 1972, A.R.T./New York is the leading service and advocacy organization for New York City’s 375+ nonprofit theaters, with a mission to assist member theaters in managing their companies effectively so that they may realize their rich artistic visions and serve their diverse audiences well. We accomplish this through a comprehensive roster of real estate, financial, educational and community-building programs, as well as research, advocacy and field-wide initiatives that seek to improve the long-term health and sustainability of the industry. Over the years, A.R.T./New York has received numerous honors, including an Obie Award, an Innovative Theatre Award, a New York City Mayor’s Award for Arts & Culture and a Tony Honor for Excellence in the Theatre. For more information, please visit art-newyork.org.

Lia Chang is an award-winning filmmaker, a Best Actress nominee, a photographer, and an award-winning multi-platform journalist. Lia has appeared in the films Wolf, New Jack City, A Kiss Before Dying, King of New York, Big Trouble in Little China, The Last Dragon, Taxman and Hide and Seek. She is profiled in Jade Magazine and Playbill.com.