The world premiere of KPOP presented by Ars Nova, in association with Ma-Yi Theater and Woodshed Collective opened last night to rave reviews at the A.R.T./New York Theatres, located at 502 West 53rd Street in Manhattan. Due to popular demand, the high-octane immersive event which gives you a backstage pass to a K-pop music factory has been extended through October 22.

KPOP was conceived by Woodshed Collective and Jason Kim (The Model American, HBO’s “Girls”) and features a book by Kim, music & lyrics by Helen Park and Max Vernon (The View UpStairs), an immersive design by Woodshed Collective, choreography by Bessie-nominee Jennifer Weber (The Hip Hop Nutcracker, TruTV’s “Face Off”) and is directed by Teddy Bergman (Empire Travel Agency). 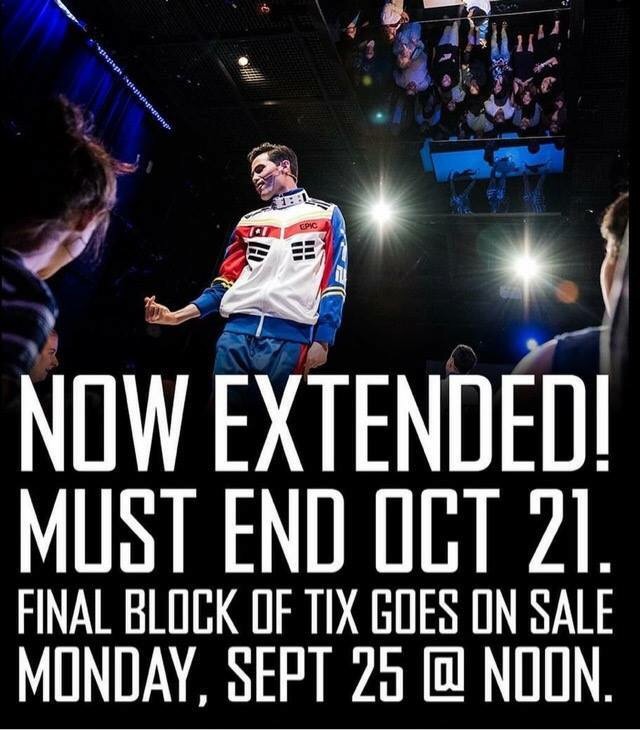 Lia Chang is an actor, a multi-media content producer and co-founder of Bev’s Girl Films, making films that foster inclusion and diversity on both sides of the camera. Bev’s Girl Films’ debut short film, Hide and Seek was a top ten film in the Asian American Film Lab’s 2015 72 Hour Shootout Filmmaking Competition, and she received a Best Actress nomination. BGF collaborates with and produces multi-media content for artists, actors, designers, theatrical productions, composers,  musicians and corporations. Lia is also an internationally published and exhibited photographer, a multi-platform journalist, and a publicist. Lia has appeared in the films Wolf, New Jack City, A Kiss Before Dying, King of New York, Big Trouble in Little China, The Last Dragon, Taxman and Hide and Seek. She is profiled in Examiner.com, Jade Magazine and Playbill.com.

All text, graphics, articles & photographs: © 2000-2017 Lia Chang Multimedia. All rights reserved. All materials contained on this site are protected by United States copyright law and may not be reproduced, distributed, transmitted, displayed, published or broadcast without the prior written permission of Lia Chang. You may not alter or remove any trademark, copyright or other notice from copies of the content. For permission, please contact Lia at liachangpr@gmail.com