Two River Theater’s much anticipated production of Lorraine Hansberry’s A Raisin in the Sun is deep in rehearsal and I was invited to document a run thru on Saturday afternoon by director Carl Cofield.

Performances will begin in Two River’s Rechnitz Theater, 21 Bridge Avenue, on Saturday, September 9 and continue for an extended four-week run, through Sunday, October 8. The opening night performance is Friday, September 15 at 7pm. Tickets are available from 732.345.1400 or tworivertheater.org. The lead production sponsor is Riverview Medical Center and the media partner is WBGO Jazz 88.3 FM.

Brenda Pressley and Crystal A. Dickinson Photo by Lia Chang

In this landmark drama, Hansberry-drawing on her own family’s experience with housing discrimination-dramatizes the story of the Younger family, headed by matriarch Lena Younger, her son Walter Lee, and his wife, Ruth, who live (with other family members) in poverty on Chicago’s south side. As the play begins, we see that Walter Lee, a chauffeur, dreams of what he might do with a long-promised life-insurance check, a legacy left to them to them by Lena’s late husband.

We meet the Younger family on the day that their lives could change forever. Taking its title from a poem by Langston Hughes-“What happens to a dream deferred/Does it dry up like a raisin in the sun?”-Hansberry’s play explores the different hopes and aspirations of each member of the Younger family as they fight for their piece of the American Dream.

A Raisin in the Sun debuted in 1959 and was the first play by a black woman to be produced on Broadway. Produced at Two River for the first time in the theater’s 24-year history, the play is Lorraine Hansberry’s seminal masterpiece about race, social justice, and history-American history in the largest sense, and the personal histories of ordinary African-Americans. 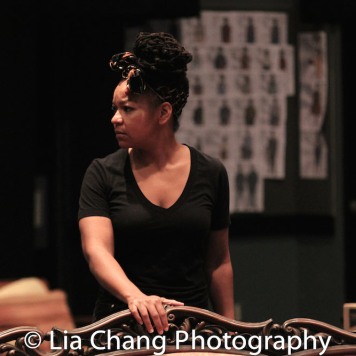 Brenda Pressley and Crystal A. Dickinson Photo by Lia Chang 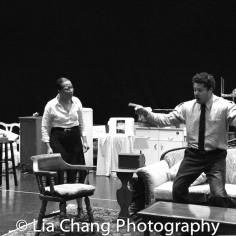 “A Raisin in the Sun is not only one of America’s greatest plays,” says Artistic Director John Dias, “it is in fact one of the greatest works of art ever created. Lorraine Hansberry uses the metaphor of the family to illuminate something profound about who we are as Americans.

We have built this production around the talents of an extraordinary family of Two River actors: Brenda Pressley as Lena Younger; Brandon J. Dirden as Walter Lee Younger; and Brandon’s wife, Crystal A. Dickinson, as Ruth Younger.

Joining them will be Brandon’s father, Willie Dirden, as Bobo, making this the first time that father and son have acted together. Carl Cofield’s production will resonate today as a story of how courage, hope and love trump our ongoing history of inequity and injustice.” 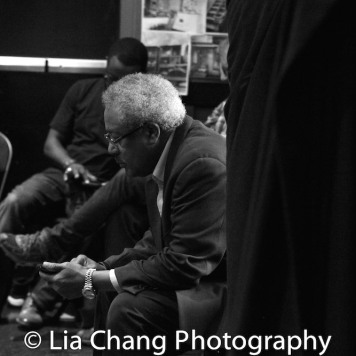 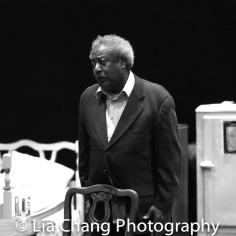 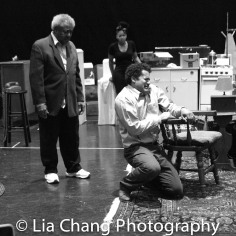 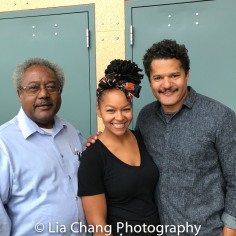 INSIDE TWO RIVER:
Inside Two River is a series of events specially curated for each Two River Theater production. For more information or to reserve seats, patrons should visit tworivertheater.org or call 732.345.1400. 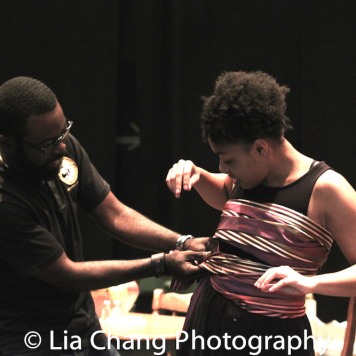 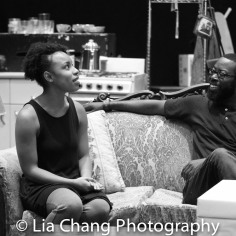 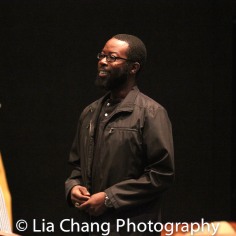 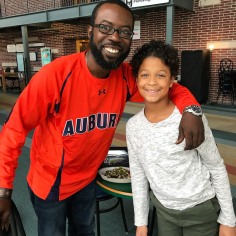 ACCESSIBILITY:
Working with Google, Two River has created and launched a virtual tour of its facility, which lives on Google Maps and tworivertheater.org. This virtual tour provides an additional level of support and benefit for patrons who use wheelchairs or require other assistance by allowing them to virtually come through the theater’s front doors and view the space in detail in advance of their visit.

Since its founding in 1994, Two River Theater has been committed to creating great American theater by developing and producing work by some of the country’s leading artists. We are proud to be viewed as a vital cultural resource in the community of Red Bank, New Jersey. Through 10 theatrical productions each year (including world premieres, musicals, classics and theater for young audiences) and 50+ annual events happening around Monmouth County, we produce exceptional theater and cultivate engaged audiences. Two River celebrates and honors our core values of Artistic Excellence; Education and Community Engagement; Equity, Diversity, and Inclusion; and Operational Excellence. Two River Theater is under the leadership of Artistic Director John Dias and Managing Director Michael Hurst.

Lia Chang is an actor, a multi-media content producer and co-founder of Bev’s Girl Films, making films that foster inclusion and diversity on both sides of the camera. Bev’s Girl Films’ debut short film, Hide and Seek was a top ten film in the Asian American Film Lab’s 2015 72 Hour Shootout Filmmaking Competition, and she received a Best Actress nomination. BGF collaborates with and produces multi-media content for artists, actors, designers, theatrical productions, composers,  musicians and corporations. Lia is also an internationally published and exhibited photographer, a multi-platform journalist, and a publicist. Lia has appeared in the films Wolf, New Jack City, A Kiss Before Dying, King of New York, Big Trouble in Little China, The Last Dragon, Taxman and Hide and Seek. She is profiled in Examiner.com, Jade Magazine and Playbill.com.

All text, graphics, articles & photographs: © 2000-2017 Lia Chang Multimedia. All rights reserved. All materials contained on this site are protected by United States copyright law and may not be reproduced, distributed, transmitted, displayed, published or broadcast without the prior written permission of Lia Chang. You may not alter or remove any trademark, copyright or other notice from copies of the content. For permission, please contact Lia at liachangpr@gmail.com