The Broadway premiere of Groundhog Day, the new musical featuring music and lyrics by Tim Minchin and a book by Danny Rubin, and directed by Matthew Warchus, is currently in previews and will open on Monday, April 17th at the August Wilson Theatre (245 West 52nd Street). Previews began Thursday, March 16.

Meet Phil Connors (Andy Karl), a disgruntled big-city weatherman mysteriously stuck in small-town America reliving the same day over and over and over again-with no consequences, no regrets, no tomorrows, and no hangovers. But once he starts getting to know associate TV producer Rita Hanson (Barrett Doss), he discovers it’s a day of second, third and fourth chances. 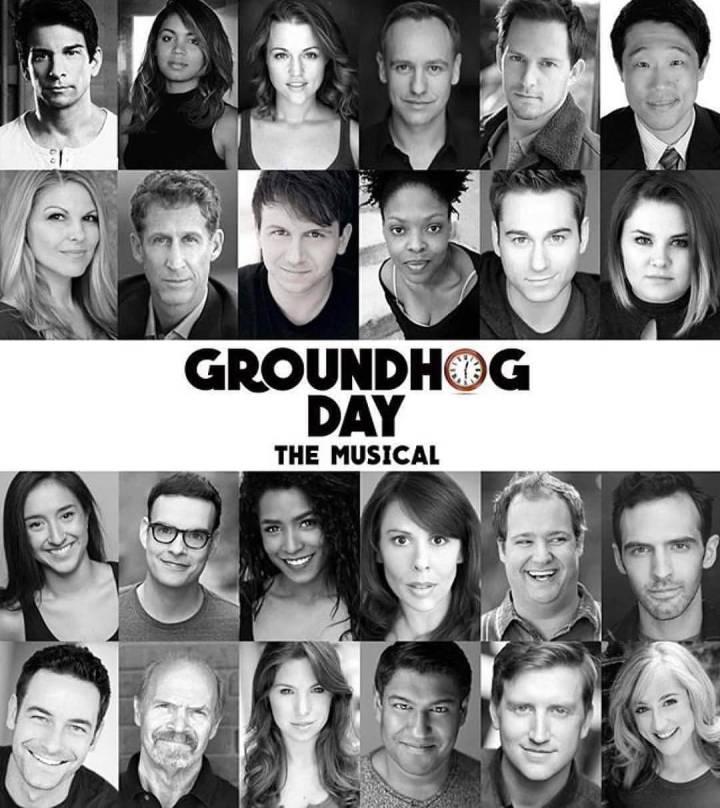 The 1993 Columbia Pictures film, with a screenplay by Danny Rubin and Harold Ramis, based on a story by Rubin, and directed by Ramis, starred Bill Murray. Now widely regarded as a contemporary classic, Groundhog Day was cited by the Writers Guild of America as one of the 101 Greatest Screenplays ever written and in 2000 was voted by readers of Total Film as one of the ten best comedies of all time.

Groundhog Day was first performed at The Old Vic in London on Wednesday, July 20, 2016.

Pre-sales for Groundhog Day‘s Original Broadway Cast Recording, soon to be available on Masterworks Broadway/Broadway Records kicked off on March 17 on iTunes and Amazon. The album will released digitally on April 14 and in stores on May 5. It is produced by Chris Nightingale, Michael Croiter, and Tim Minchin.

A limited number of $39.50 general rush tickets will be available at the August Wilson Theatre and can be purchased day of when the box office opens. There is a limit of two tickets per customer. Tickets are non-transferable, subject to availability. Seat locations will vary, and sometimes may be partial view. Cash or credit cards will be accepted for rush tickets.

Additionally, a limited number of tickets per performance will be sold to winners of a digital lottery drawing. Tickets are $39.50 and limited to two per person. Seat locations will vary, and sometimes may be partial view. For details and entrance to the digital lottery, visit www.GroundhogDayMusical.com/lottery. Entrants will be notified of their status by 12:00pm the day prior to the performance. Tickets must be claimed and paid for online via a provided link no later than 10:00pm the day prior to the performance.